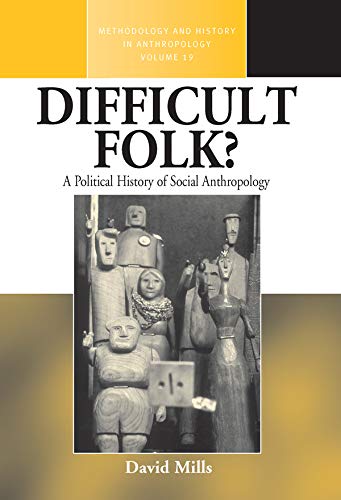 How should we tell the histories of academic disciplines? All too often, the political and institutional dimensions of knowledge production are lost beneath the intellectual debates. This book redresses the balance.

How should we tell the histories of academic disciplines? All too often, the political and institutional dimensions of knowledge production are lost beneath the intellectual debates. This book redresses the balance. Written in a narrative style and drawing on archival sources and oral histories, it depicts the complex pattern of personal and administrative relationships that shape scholarly worlds.

Focusing on the field of social anthropology in twentieth-century Britain, this book describes individual, departmental and institutional rivalries over funding and influence. It examines the efforts of scholars such as Bronislaw Malinowski, Edward Evans-Pritchard and Max Gluckman to further their own visions for social anthropology. Did the future lie with the humanities or the social sciences, with addressing social problems or developing scholarly autonomy? This new history situates the discipline's rise within the post-war expansion of British universities and the challenges created by the end of Empire.

"David Mills's political history of social anthropology in the UK from the 1930s to the 1960s is increasingly valuable to British anthropologists and looks set to become a set textbook in the history of the discipline. ...threr is much in this book that might prompt us to consider both what might have been, and what might yet be." * JRAI

"That [Mills] has voided a parochial indulgence of an Oxford-centric agenda to the reading of the history of British social anthropology through its evolving identity politics while fully acknowledging the historical importance of Oxford anthropology is a tribute to his theoretical sensibility and wide-ranging scholarship." * The Asia Pacific Journal of Anthropology

"Unlike previous historical accounts,[Mills]gives greater attention to structural factors than to intellectual emphases or individual personalities in his analysis of the emergence of different academic cultures in anthropology programs [in the UK and the US]. An illuminating account." * Choice

"... a fascinating analysis of the political and institutional history of social history in Britain between the 1930s and the 1960s... Wonderfully written, with many insights and new information, the book also succeeds in setting up an analytical framework for understanding the development of our discipline in its British context." * Social Anthropology/Anthropologie sociale

Chapter 1. Introduction: ideas, individuals, identities and institutions
Chapter 2. Why disciplinary histories matter
Chapter 3. A tale of two departments? Oxford and the LSE
Chapter 4. The politics of disciplinary professionalisation
Chapter 5. Anthropology at the end of empire
Chapter 6. Tribes and territories
Chapter 7. How not to apply anthropological knowledge: the RAI and its 'friends'
Chapter 8. Anthropologists and 'race': social research in postcolonial Britain
Chapter 9. Discipline on the defensive?
Chapter 10. The uses of academic identity

NLS9781845454654
9781845454654
1845454650
Difficult Folk?: A Political History of Social Anthropology by David Mills
David Mills
Methodology & History in Anthropology
New
Paperback
Berghahn Books
2010-08-01
232
N/A
Book picture is for illustrative purposes only, actual binding, cover or edition may vary.
This is a new book - be the first to read this copy. With untouched pages and a perfect binding, your brand new copy is ready to be opened for the first time
Trustpilot