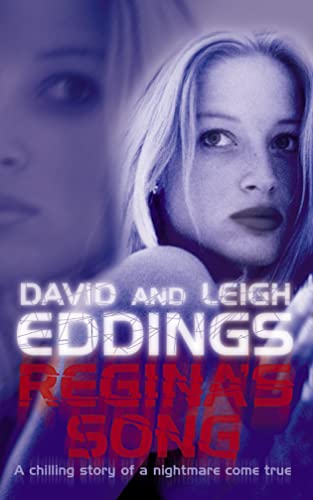 A brutal serial killer stalks the Seattle nights. Regina Greenleaf was one of the victims. Her beautiful twin sister, Renata, is deeply traumatized.

A brutal serial killer stalks the Seattle nights. Regina Greenleaf was one of the victims. Her beautiful twin sister, Renata, is deeply traumatized.

Renata barely knows she's alive. She talks only rarely, and then always in twin-speak, the special language she and Regina made up long before they'd learned to speak English.

When there had been two of them, they used to swap names. At school, they'd swapped the ribbons in their hair that were the only way of telling them apart. They were so close to each other, they might as well have been one person.

Mark, a college lecturer in English, is Renata's friend and her post-trauma protector. He's the only person Renata recognizes and will talk to. She agrees to attend his classes, and with the help of Mark's room-mates Renata seems to be coming to terms with her loss.

But the number of murders in Seattle rises, and Mark has some dreadful suspicions. If he says anything, it's guaranteed to send Renata back to the hospital. But if he doesn't, there may be blood on his conscience...

In Regina's Song, David and Leigh Eddings have written a tense, chilling story of a nightmare coming true.

'The Eddingses are a definite gain to aficionados of crime writing ... well written, convincing fiction. What the Eddingses do best is to successfully fuse a serial killer story with subtle supernatural overtones.' SFX

'This remarkable book by the Eddingses demonstrates that there is plenty of life in the concept [serial killer thriller] yet. Handled with imagination and panache ... this is a thriller rich in elements of the bizarre that will delight.' Good Book Guide

David Eddings was born in Washington State in 1931 and grew up near Seattle. He graduated from the University of Washington and went on to serve in the US Army. Subsequently, he worked as a buyer for the Boeing Aircraft Company and taught college-level English. His career as a fantasy writer, with his wife Leigh, has been spectacular.

GOR002716545
9780007130320
0007130325
Regina's Song by David Eddings
David Eddings
Used - Very Good
Paperback
HarperCollins Publishers
20030701
432
N/A
Book picture is for illustrative purposes only, actual binding, cover or edition may vary.
This is a used book - there is no escaping the fact it has been read by someone else and it will show signs of wear and previous use. Overall we expect it to be in very good condition, but if you are not entirely satisfied please get in touch with us
Trustpilot