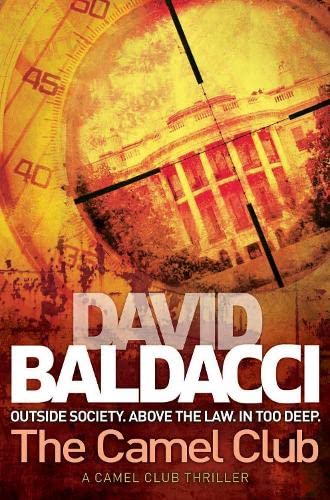 The Camel Club by David Baldacci

The Camel Club by David Baldacci

The man known as Oliver Stone has no official past. He spends most days camped opposite the White House, hoping to expose corruption wherever he finds it. But the stakes are raised when he and his friends, a group of conspiracy theorist misfits known as The Camel Club, accidentally witness the murder of an intelligence analyst. Especially when the authorities are seemingly happy to write it off as a suicide.

For Secret Service agent Alex Ford, monitoring the `investigation', the suicide verdict doesn't ring true. As punishment for sticking his nose where it doesn't belong, he is reassigned to bodyguard duties. His abilities are tested to the limit when he is sent to protect the President during a visit to his hometown, where a terrorist cell has spent months plotting an event that will shake the world.

Meanwhile, America's powerful intelligence chief Carter Gray is unnerved when he glimpses the face of an old acquaintance in Arlington Cemetery - but it is the face of a man supposedly long dead . . .

And as The Camel Club is poised to expose a conspiracy that reaches into the heart of Washington's highly secretive corridors of power, Alex Ford finds out that his worst nightmare is about to happen . . .

David Baldacci is one of the world's bestselling and favourite thriller writers. With over 130 million copies in print, his books are published in over eighty territories and forty-five languages, and have been adapted for both feature-film and television. He has established links to government sources, giving his books added authenticity. David is also the co-founder, along with his wife, of the Wish You Well Foundation (R), a non-profit organization dedicated to supporting literacy efforts across the US. Trust him to take you to the action.
GOR000456843
9780330441230
033044123X
The Camel Club by David Baldacci
David Baldacci
The Camel Club
Used - Very Good
Paperback
Pan Macmillan
2011-07-01
704
N/A
Book picture is for illustrative purposes only, actual binding, cover or edition may vary.
This is a used book - there is no escaping the fact it has been read by someone else and it will show signs of wear and previous use. Overall we expect it to be in very good condition, but if you are not entirely satisfied please get in touch with us
Trustpilot