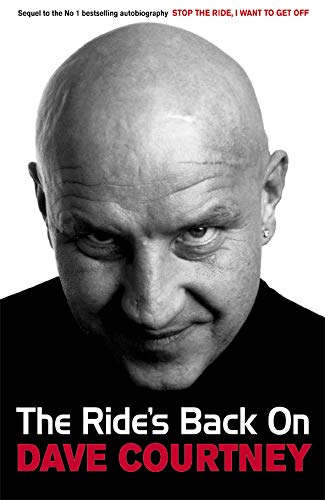 The Ride's Back On by Dave Courtney

The sequel to Dave Courtney's best-selling autobiography "Stop the Ride, I Want to Get Off". With Dave at the wheel, the ride's guaranteed to be a wild one.

The Ride's Back On by Dave Courtney

In the number one-selling crime autobiography, Stop the Ride, I Want to Get Off, Dave Courtney wrote about his life of crime and how he had decided to put that all behind him, moving into the world of the media. This proved harder than he thought, as he details in his long awaited latest book, The Ride's Back On. For Dave faces a fierce test as he is accused by a corrupt policeman of being a grass, and although the court case ends up with Dave going free (and the policeman in jail), nevertheless Dave's reputation needs defending.

Dave Courtney was born and lives in South London. He has recorded a record with Tricky and took his own movie, Hell to Pay, to the Cannes Film Festival.
GOR001278729
9780753508602
0753508605
The Ride's Back On by Dave Courtney
Dave Courtney
Used - Very Good
Paperback
Ebury Publishing
2003-09-04
392
N/A
Book picture is for illustrative purposes only, actual binding, cover or edition may vary.
This is a used book - there is no escaping the fact it has been read by someone else and it will show signs of wear and previous use. Overall we expect it to be in very good condition, but if you are not entirely satisfied please get in touch with us
Trustpilot