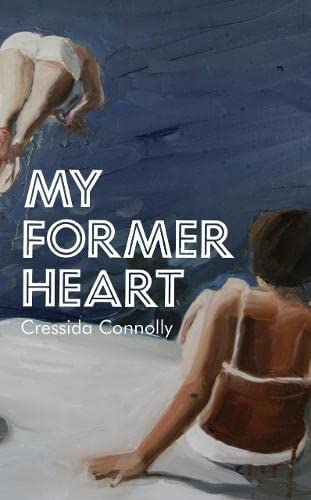 When she grew up, Ruth would say that she could place the day that her mother had decided to go away.

When she grew up, Ruth would say that she could place the day that her mother had decided to go away.

She didn't know the actual date, but she recalled the occasion: it was on the afternoon of a wet day, early in 1942, during a visit to the cinema. She thought she could even pinpoint the exact moment at which Iris had made up her mind to go, leaving her only child behind. Neither of them could have guessed then that they would never live together again.

Spanning the second half of the last century, `My Former Heart', Cressida Connolly's mesmerising first novel, charts the lives of three generations of Iris's family. Ruth will be deserted again, many years later, by a husband she loves, but not before she has had two children by him. She leaves London to live with her uncle, where she creates a new life for herself with another woman. And we follow the lives of her two children, trying to make a place for themselves in the world in the shadow of the family that precedes them.

With its large cast of fascinating characters, this is an outstanding novel about families and their ability to adapt. It surely marks the beginning of a long career as a novelist for Cressida Connolly.

Praise for `The Happiest Days':

`Cressida Connolly has an exact, quizzical eye, a generous imagination, and the power to draw her readers into the strangeness of being a stolen child, a lion-tamer, or a woman waiting to be tattooed' Helen Dunmore

`She fillets the emotions of her characters to extract sinuous uncertainties and bony truths. Excellent' Will Self

Praise for `The Rare and The Beautiful':

`Paints some wonderfully vivid pictures of how difficult the Garmans must have been to live with.' Sunday Telegraph

`A rollicking mix of the familiar and surprising.' Sunday Times

`A sobering coda and an often hilarious tale.' Independent

Cressida Connolly was born in 1960. She is a journalist and reviewer. She lives in Worcestershire with her husband and three children.

GOR002926549
9780007287116
0007287119
My Former Heart by Cressida Connolly
Cressida Connolly
Used - Very Good
Hardback
HarperCollins Publishers
2011-08-04
240
N/A
Book picture is for illustrative purposes only, actual binding, cover or edition may vary.
This is a used book - there is no escaping the fact it has been read by someone else and it will show signs of wear and previous use. Overall we expect it to be in very good condition, but if you are not entirely satisfied please get in touch with us
Trustpilot