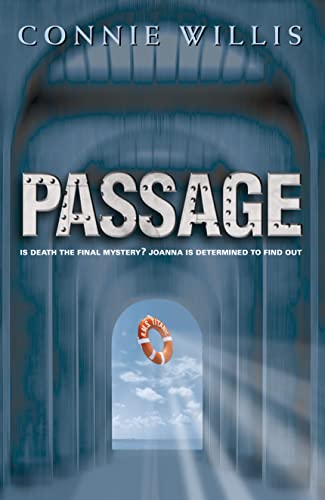 Sci-fi thriller exploring our greatest journey and our greatest mystery - death itself - from the winner of both the Hugo and the Nebula awards.

Sci-fi thriller exploring our greatest journey and our greatest mystery - death itself - from the winner of both the Hugo and the Nebula awards.

Joanna Lander, a medical intern, is fascinated by death, and specifically by the accounts of those who have died and been resucitated - those who have had NDEs or Near Death Experiences. Also interested in this field are Maurice Mandrake, author of a number of cringe-making bestsellers at the loony end of the subject, and Dr Richard Wright who is researching the brain activity and chemicals produced when NDEs occur. He believes that if the right chemical triggers can be located, heart-attack and trauma patients can be brought back from the edge of death - and he has managed to simulate the right conditions to test his hypothesis. Wooed by both men, Joanna elects to work with Richard, much to Maurice's dismay.

Together they test and record dozens of patients and Joann begins to recognize a bizarre pattern to many of their accounts. Beyond the light at the end of the tunnel are people in long white gowns and white uniforms; not angels but something else, something far more familiar and tangible. People seem to be sharing a common image bank - and many of them report turning up on a very large sinking ship. Sceptical, and believing her subjects to be confabulating, Joanna puts herself into the programme - and turns up on the Titanic! Is it real or a metaphor? Does it mean anything significant, or did the movie capture too many people's imagination? In a tremendously powerful and unexpected plot twist Joanna is about to make the awfully big adventure for real.

Connie Willis is an established author of many science fiction books, including THE DOOMSDAY BOOK, and winner of both the Nebula Award and the Hugo Award for best sf novel.

GOR001705600
9780007118250
0007118252
Passage by Connie Willis
Connie Willis
Used - Very Good
Paperback
HarperCollins Publishers
20010618
608
Short-listed for Arthur C. Clarke Award 2002 Short-listed for Arthur C Clarke Award 2002
Book picture is for illustrative purposes only, actual binding, cover or edition may vary.
This is a used book - there is no escaping the fact it has been read by someone else and it will show signs of wear and previous use. Overall we expect it to be in very good condition, but if you are not entirely satisfied please get in touch with us
Trustpilot