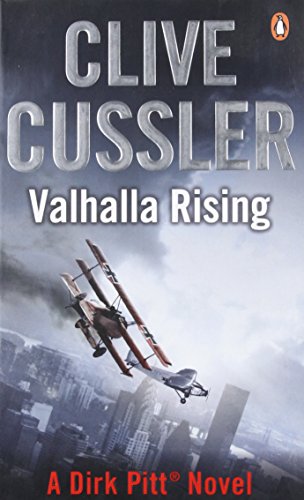 When the luxury cruise lined Emerald Dolphin - powered by a revolutionary new propulsion system - becomes a raging inferno and sinks mysteriously, it is lucky that NUMA special projects director Dirk Pitt is on hand to rescue the passengers and investigate the tragedy.

Sabotage, conspiracy and piracy in the air, and below the waves, finds Dirk Pitt plunged into his most dangerous adventure yet.

When the luxury cruise lined Emerald Dolphin - powered by a revolutionary new propulsion system - becomes a raging inferno and sinks mysteriously, it is lucky that NUMA special projects director Dirk Pitt is on hand to rescue the passengers and investigate the tragedy.

Sifting through the undersea wreckage for signs of foul play, Pitt is unaware of powerful, dark forces player their hand against him. Forced to fight for his life - and those of friends and colleagues - against evermore ruthless enemies from a shadowy organisation, Pitt finds himself caught between the secrets of the past and the intrigues of the future. A future that will hold the world to ransom...

Filled with breathtaking suspense and dazzling action, Valhalla Rising sees Clive Cussler at the height of his storytelling powers. Valhalla Rising is the sixteenth of Clive Cussler's bestselling Dirk Pitt novels - the series that also includes Atlantis Found and, his first novel, Mayday - in which our hero finds himself caught up in a web of shipwrecks and dark secrets.

'The guy I read' Tom Clancy

Bestselling author Clive Cussler has thrilled readers for four decades with his classic adventure novels filled with intrigue and plot twists. As well as the Dirk Pitt series there are also the NUMA and Oregon Files, the Isaac Bell adventures and the Fargo series. Other Dirk Pitt titles available in Penguin paperback include Atlantis Found, Trojan Odyssey, Black Wind, Treasure of Khan, Arctic Drift, Crescent Dawn and The Kingdom.

In the latest adventure of NUMA special projects director Dirk Pitt a luxury liner suddenly catches fire and sinks on her maiden voyage. Dirk Pitt races to rescue the passengers and find out the cause of the disaster - but he has no idea of the bizarre chain of events about to engulf him.
Clive Cussler was the author and co-author of a great number of international bestsellers, including the famous Dirk Pitt (R) adventures, such as Celtic Empire; the NUMA (R) Files adventures, most recently The Rising Sea; the Oregon Files, such as Shadow Tyrants; the Isaac Bell historical thrillers, which began with The Chase; and the recent Fargo Adventures, which lastly included The Oracle. Cussler died in February 2020.
GOR000383647
9780140287974
0140287973
Valhalla Rising: Dirk Pitt #16 by Clive Cussler
Clive Cussler
The Dirk Pitt Adventures
Used - Very Good
Paperback
Penguin Books Ltd
2002-07-27
544
N/A
Book picture is for illustrative purposes only, actual binding, cover or edition may vary.
This is a used book - there is no escaping the fact it has been read by someone else and it will show signs of wear and previous use. Overall we expect it to be in very good condition, but if you are not entirely satisfied please get in touch with us
Trustpilot