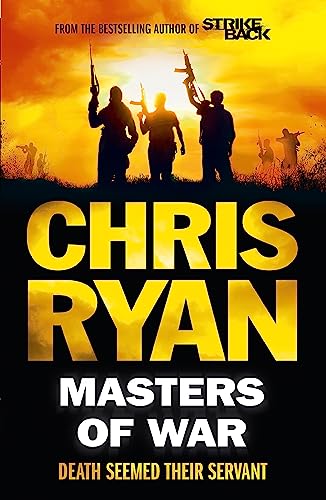 Masters of War by Chris Ryan

The first book in the hugely popular Danny Black series by the creator of the hit TV show Strikeback.

The first book in the hugely popular Danny Black series by the creator of the hit TV show Strikeback.

Paris. An elderly man is assassinated as he takes his morning walk.

In the war-torn cities of Syria, government forces wage a bloody war against their own people.

The Russians are propping up the government, the French are backing one rebel fraction and the British are backing another.

In north Africa, young SAS trooper Danny Black is coming to the end of a gruelling tour of duty, or so he thinks.

Danny has a new mission. An MI6 agent needs to make contact with Syrian rebel forces, and also with the private military contractors who are - unofficially - training this rebel faction as it struggles to bring down their government and establish a new regime that will be favourable to British business interests. Danny will learn who the masters of war, the men who call the shots, really are.

Danny discovers a world where death is dispensed by the highest bidder and individuals will betray anybody if the price is right.