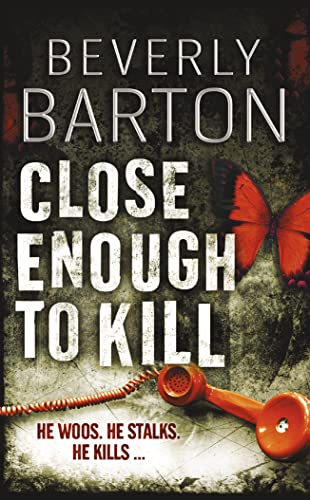 From a distance, he admires them. Desires them. Despises them. And when he gets close enough, he kills them all...

From a distance, he admires them. Desires them. Despises them. And when he gets close enough, he kills them all...

Adams County, Alabama is the kind of town where everyone knows each other's business, the kind of place where doors stay unlocked. Until a psychopath comes calling.

Dubbed 'The Secret Admirer', he woos his victims with phone calls, love letters and gifts, before stalking, kidnapping and then brutally murdering them.

A terrifying game is underway. Sheriff Bernie Granger - in her first big case - is desperate to stop a twisted serial killer before another woman is slaughtered. But is she getting closer to catching him - or being drawn even deeper into his deadly web?

"Not for the faint of heart! Shocking and terrifying, it will chill you to the bone." Tess Gerritsen

`This gripping crime novel ... [is] not for the faint-hearted ... you'll be guessing until the very end.'
Closer Magazine

An avid reader since childhood, Beverly Barton wrote her first book at the age of nine. Since then, she has gone on to write well over sixty novels and is a New York Times bestselling author.

GOR000510819
9781847560001
1847560008
Close Enough to Kill by Beverly Barton
Beverly Barton
Used - Very Good
Paperback
HarperCollins Publishers
2008-03-30
448
N/A
Book picture is for illustrative purposes only, actual binding, cover or edition may vary.
This is a used book - there is no escaping the fact it has been read by someone else and it will show signs of wear and previous use. Overall we expect it to be in very good condition, but if you are not entirely satisfied please get in touch with us
Trustpilot