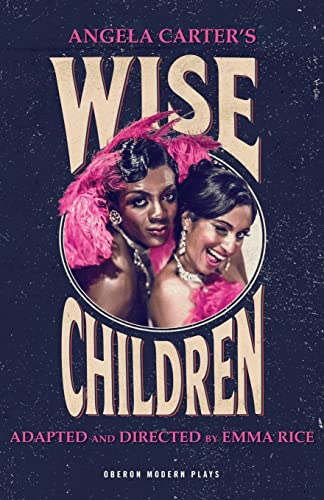 A big, bawdy tangle of theatrical joy and heartbreak, Wise Children is a celebration of show business, family, forgiveness and hope, adapted by Emma Rice from the novel by Angela Carter.

In Brixton, Nora and Dora Chance - twin chorus girls born and bred south of the river - are celebrating their 75th birthday. Over the river in Chelsea, their father and greatest actor of his generation Melchior Hazard turns 100 on the same day. As does his twin brother Peregrine. If, in fact, he's still alive. And if, in truth, Melchior is their real father after all...


Wise Children is adapted for the stage from Angela Carter's last novel about a theatrical family living in South London. It centres around twin chorus girls, Nora and Dora Chance, whose lives are brimming with mystery, illegitimacy

Other work includes: the West End production of THE UMBRELLAS OF CHERBOURG, OEDIPUSSY (Spymonkey); THE EMPRESS (RSC); and AN AUDIENCE WITH MEOW MEOW (Berkeley Repertory Theatre).

GOR010172140
9781786826916
1786826917
Wise Children by Angela Carter
Angela Carter
Oberon Modern Plays
Used - Very Good
Paperback
Bloomsbury Publishing PLC
20181017
120
N/A
Book picture is for illustrative purposes only, actual binding, cover or edition may vary.
This is a used book - there is no escaping the fact it has been read by someone else and it will show signs of wear and previous use. Overall we expect it to be in very good condition, but if you are not entirely satisfied please get in touch with us
Trustpilot