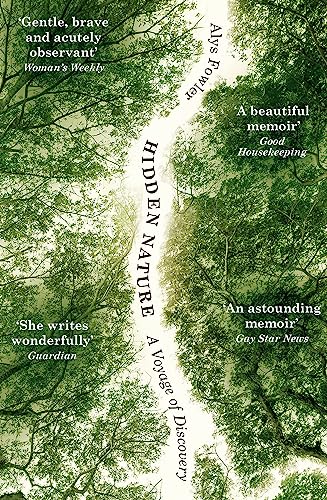 A beautifully written exploration of life and urban nature from writer and gardener Alys Fowler.

'Fowler's moving memoir charts her experience of coming out as a gay woman, alongside her journey through Birmingham's canal networks, mapping both the waterways and the travails of her heart.' Observer

'An emotional and compelling memoir, that left me inspired, both by her bravery in transforming her life, and by the unexpected beauty she finds along the way' Countryfile Magazine

'Fowler beautifully exposes her emotional fragility while also celebrating the unloved nature of buddleia, herons and even the water rats who take refuge among the locks.' i paper

'She writes wonderfully about the species that have carved out a place for themselves amid the discarded shopping trolleys, condom packets and industrial waste' Guardian

Leaving her garden to the mercy of the slugs, the Guardian's award-winning writer Alys Fowler set out in an inflatable kayak to explore Birmingham's canal network, full of little-used waterways where huge pike skulk and kingfishers dart.

Her book is about noticing the wild everywhere and what it means to see beauty where you least expect it. What happens when someone who has learned to observe her external world in such detail decides to examine her internal world with the same care?

Beautifully written, honest and very moving, Hidden Nature is also the story of Alys Fowler's emotional journey and her coming out as a gay woman: above all, this book is about losing and finding, exploring familiar places and discovering unknown horizons.

"I felt as if I'd paddled into a new country." The gardening author and Guardian columnist with a distinctive memoir in which she forsakes her garden and takes to paddling Birmingham's little-used canal network in an inflatable kayak. The time and space she allows herself for nature observation--kingfishers, waterlilies, pikes, freshwater mussels and blackberries are all beautifully reflected on--is mirrored by her exploration of her internal self, particularly in the light of leaving her marriage and coming out as gay. An enchanting book which somehow manages to be both gutsy and delightfully soothing. * The Bookseller *
In the beautiful memoir Hidden Nature: A Voyage of Discovery, TV gardener Alys Fowler steers a barge around Birmingham's waterways, noting the plants and realising, after 12 years as wife and carer to her husband, that she has fallen in loe=ve with a woman. * Good Housekeeping *

* Simple Things *
She writes wonderfully about the species that have carved out a place for themselves amid the discarded shopping trolleys, condom packets and industrial waste * Guardian *
Gentle, brave and acutely observant * Woman's Weekly *
Hidden Nature is one of the most thrilling things I've read in a long time. * Waterways World *
Thoughtful and heartbreakingly honest ...Beautiful. * Press Association *
Alys Fowler is an award winning journalist and passionate gardener. She is the author of several books and writes a weekly column on gardening for Guardian Weekend magazine. She lives in Birmingham.
GOR009000053
9781473623026
1473623022
Hidden Nature: Wainwright Prize 2018 Shortlisted by Alys Fowler
Alys Fowler
Used - Very Good
Paperback
Hodder & Stoughton
2018-02-08
240
N/A
Book picture is for illustrative purposes only, actual binding, cover or edition may vary.
This is a used book - there is no escaping the fact it has been read by someone else and it will show signs of wear and previous use. Overall we expect it to be in very good condition, but if you are not entirely satisfied please get in touch with us
Trustpilot