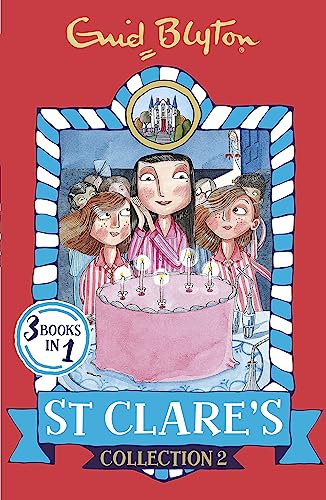 The Second Form at St Clare's
The twins have made it to second form. New girls Gladys and Mirabel have great talents for acting and music, and Elsie, the form's unpopular Head Girl, learns to be less spiteful.

The Third Form at St Clare's
It's time for a new head girl. There are plenty of candidates, but after a terrible accident, and an hilarious school play, the true leaders are revealed.

There'll be mischief at St Clare's!

Between 1941 and 1946, Enid Blyton wrote six novels set at St Clare's. Books 5, 6 and 9 are authorised sequels of the series written by Pamela Cox and feature storylines set in between the original Blyton novels. These books were published in 2000/2008 and are unillustrated.