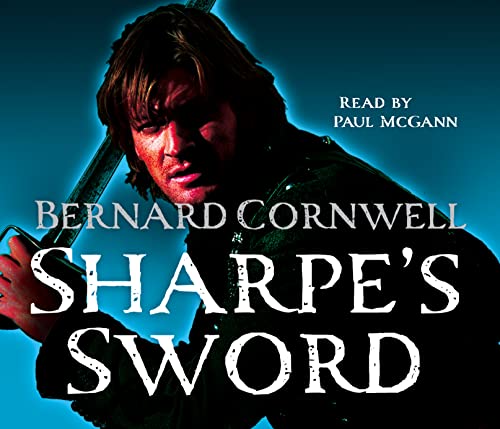 Richard Sharpe is once again at war. But this time his enemy is just one man - the ruthless Colonel Leroux. Sharpe's mission is to safeguard El Mirador, a spy whose network of agents is vital to British victory.

Sharpe is forced into a new world of political and military intrigue. And in unfamiliar surroundings of aristocratic Spanish society, his only guide is La Marquesa - a woman with her own secrets to conceal...

GOR006286225
9780007297962
0007297963
Sharpe's Sword: The Salamanca Campaign, June and July 1812 (The Sharpe Series, Book 14) by Bernard Cornwell
Bernard Cornwell
The Sharpe Series
Used - Very Good
Hardback
HarperCollins Publishers
20081103
N/A
Book picture is for illustrative purposes only, actual binding, cover or edition may vary.
This is a used book - there is no escaping the fact it has been read by someone else and it will show signs of wear and previous use. Overall we expect it to be in very good condition, but if you are not entirely satisfied please get in touch with us
Trustpilot