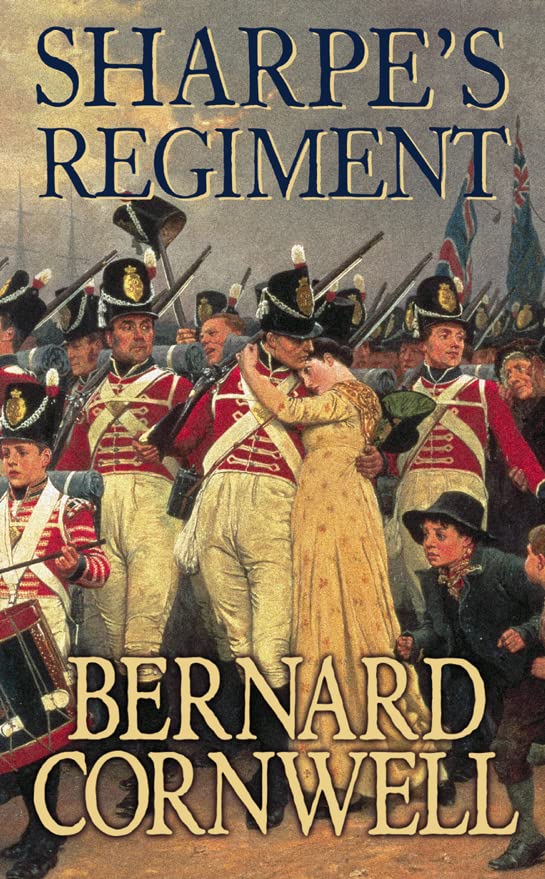 Richard Sharpe and the Invasion of France, June to November 1813.

Sharpe's Regiment: The Invasion of France, June to November 1813 (The Sharpe Series, Book 17) by Bernard Cornwell

Richard Sharpe and the Invasion of France, June to November 1813.

Major Richard Sharpe's men were in mortal danger - not from the French, but from the bureaucrats of Whitehall. Unless reinforcements could be brought from England, the depleted South Essex would be disbanded, their troops scattered throughout the army.

Determined not to see his regiment die, Sharpe returns to England and uncovers a nest of well-bred, high-ranking traitors, any one of whom could utterly destroy his career with a word, or a stroke of the pen.

Sharpe is forced into the most desperate gamble of his life - and not even the influence of the Prince Regent may be enough to save him...

Bernard Cornwell was born in London, raised in Essex and now lives in the USA. In addition to the Sharpe series, he is the author of the Arthurian series, the Warlord Chronicles; the Starbuck Chronicles on the American Civil War; Stonehenge; Gallows Thief; the Grail Quest series; and his new series, set during the reign of King Alfred. His latest novel is Azincourt.

GOR001008013
9780006174523
0006174523
Sharpe's Regiment: The Invasion of France, June to November 1813 (The Sharpe Series, Book 17) by Bernard Cornwell
Bernard Cornwell
The Sharpe Series
Used - Very Good
Paperback
HarperCollins Publishers
1987-02-26
352
N/A
Book picture is for illustrative purposes only, actual binding, cover or edition may vary.
This is a used book - there is no escaping the fact it has been read by someone else and it will show signs of wear and previous use. Overall we expect it to be in very good condition, but if you are not entirely satisfied please get in touch with us
Trustpilot