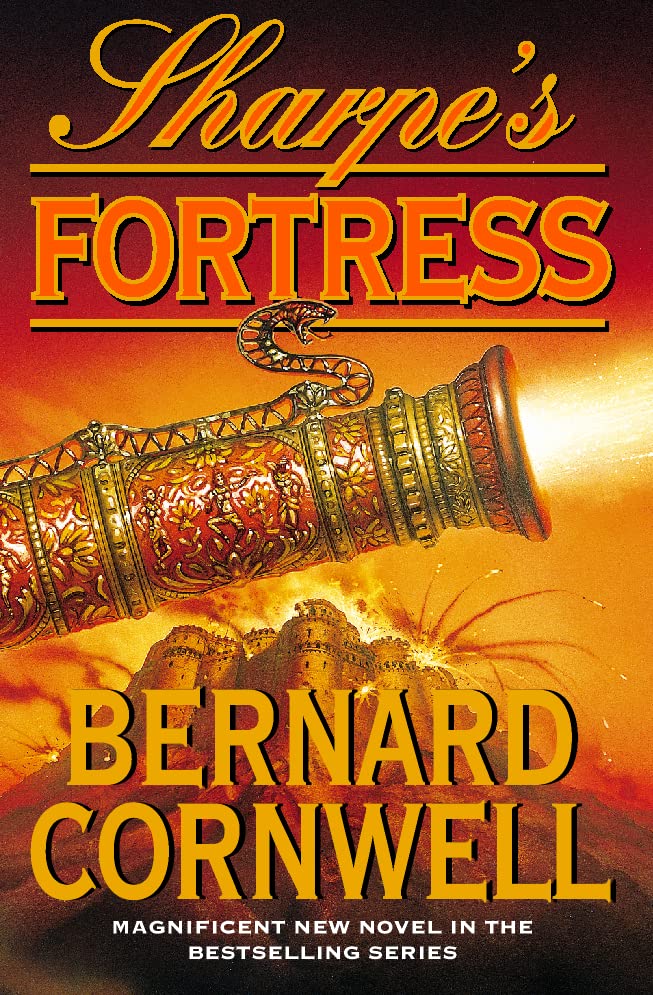 Sharpe, having just received his commission, faces his toughest battle yet in this return to India, the terrain of the bestselling Sharpe's Tiger.

Sharpe, having just received his commission, faces his toughest battle yet in this return to India, the terrain of the bestselling Sharpe's Tiger.

Sir Arthur Wellesley's army is closing on the retreating Mahrattas in western India. Marching with the British is Ensign Richard Sharpe, newly made an officer, wishing he had stayed a sergeant.

An act of treachery by Sharpe's old enemy, Sergeant Hakeswill puts him in terrible danger, and leads him to the horror of the impregnable Gawilghur's ravine. To regain his confidence and his authority, Sharpe will fight as he has never fought before.

GOR001443639
9780002259309
0002259303
Sharpe's Fortress: The Siege of Gawilghur, December 1803 (The Sharpe Series, Book 3) by Bernard Cornwell
Bernard Cornwell
The Sharpe Series
Used - Very Good
Paperback
HarperCollins Publishers
19991101
304
N/A
Book picture is for illustrative purposes only, actual binding, cover or edition may vary.
This is a used book - there is no escaping the fact it has been read by someone else and it will show signs of wear and previous use. Overall we expect it to be in very good condition, but if you are not entirely satisfied please get in touch with us
Trustpilot