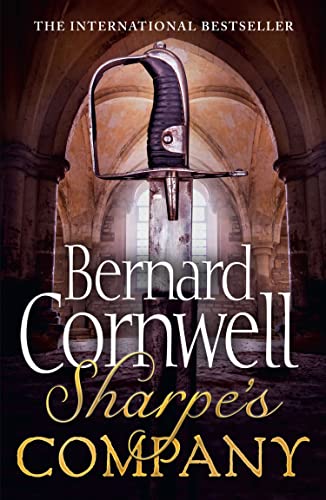 Sharpe's Company: The Siege of Badajoz, January to April 1812 (The Sharpe Series, Book 13) by Bernard Cornwell

It is a hard winter. For Richard Sharpe it is the worst he can remember. He has lost command to a man who could buy the promotion Sharpe covets. His oldest enemy, the ruthless and indestructible Hakeswill, joins the regiment and he is a man with a mission to ruin Sharpe.

But Sharpe is determined to change his luck. The only way - a desperate choice - is to volunteer the Forlorn Hope, to lead the attack on the impregnable fortress town of Badajoz, a road to almost certain death or, just possibly, to heroic glory.

GOR004771433
9780007452965
0007452969
Sharpe's Company: The Siege of Badajoz, January to April 1812 (The Sharpe Series, Book 13) by Bernard Cornwell
Bernard Cornwell
The Sharpe Series
Used - Very Good
Paperback
HarperCollins Publishers
2012-03-01
336
N/A
Book picture is for illustrative purposes only, actual binding, cover or edition may vary.
This is a used book - there is no escaping the fact it has been read by someone else and it will show signs of wear and previous use. Overall we expect it to be in very good condition, but if you are not entirely satisfied please get in touch with us
Trustpilot