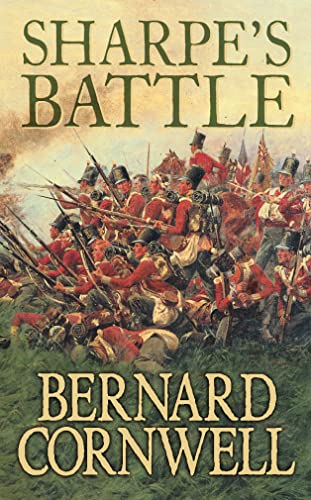 Richard Sharpe and the Battle of Fuentes de Onoro, May 1811

Sharpe's Battle: The Battle of Feuntes de Onoro, May 1811 (The Sharpe Series, Book 11) by Bernard Cornwell

Richard Sharpe and the Battle of Fuentes de Onoro, May 1811

In the spring of 1811, while quartered in the crumbling Portuguese fort of San Isidro, Richard Sharpe and his men are attacked by an elite French unit commanded by the formidable Brigadier Loup, and suffer heavy losses. Sharpe has already clashed once with Loup, and the Frenchman has sworn to have his revenge.

After the attack, Sharpe is faced with the ruin of his career and reputation, as the army's high command tries to blame him for the disaster. With thousands of French troops massing at a tiny village nearby, Sharpe's only hope is to redeem himself on the battlefield. To save his honour, Sharpe must lead his men to glory in the narrow streets of Fuentes de Onoro.

The Complete Sharpe Collection
with a new introduction by the author

'What makes these books such a successful formula is the blend of action, well-researched historical setting, colourful characterization and a juicy sub-plot'
The Times

GOR000532742
9780006473244
0006473245
Sharpe's Battle: The Battle of Feuntes de Onoro, May 1811 (The Sharpe Series, Book 11) by Bernard Cornwell
Bernard Cornwell
The Sharpe Series
Used - Very Good
Paperback
HarperCollins Publishers
19960715
368
N/A
Book picture is for illustrative purposes only, actual binding, cover or edition may vary.
This is a used book - there is no escaping the fact it has been read by someone else and it will show signs of wear and previous use. Overall we expect it to be in very good condition, but if you are not entirely satisfied please get in touch with us
Trustpilot