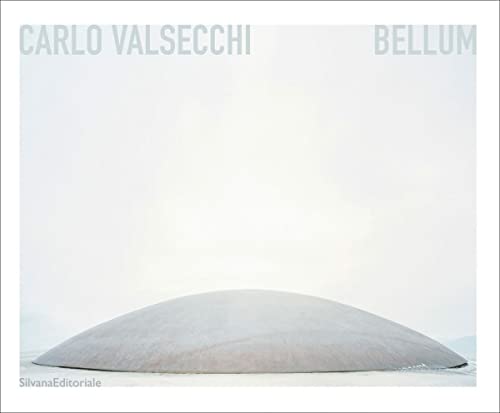 The volume documents Bellum, the new artistic project by Carlo Valsecchi (Brescia, 1965). The 44 large-scale photographs in this series tell the story of the ancestral conflict between man and nature and man and man; nature used as a defence from others, and nature as something to defend ourselves from. The Alps are a symbol of all this, as nature at its most extreme, yet also the site of the last war of position. The project therefore explores the territories and fortifications of northeast Italy connected to World War I, one of the last times when human fate and experience were directly linked to the laws, conditions and control of nature. In three years of work, Valsecchi roamed these mountains with his view camera from winter until spring, and captured its harsh reality, in a form that is often abstract, intimately aesthetic, and absolute. The images in Bellum are sudden glimpses, portals of light and composition that hover in an endless time between loneliness, isolation and waiting.

The catalogue features essays by Florian Ebner, chief curator of the Cabinet of Photography at the Centre Pompidou in Paris, and Yehuda Emmanuel Safran, art and architecture critic and professor at the Pratt Institute in New York.

Text in English, German and Italian.

NPB9788836651511
9788836651511
8836651518
Carlo Valsecchi: Bellum by Yheuda Emanuel Safran
Yheuda Emanuel Safran
New
Hardback
Silvana
2022-07-14
120
N/A
Book picture is for illustrative purposes only, actual binding, cover or edition may vary.
This is a new book - be the first to read this copy. With untouched pages and a perfect binding, your brand new copy is ready to be opened for the first time
Trustpilot