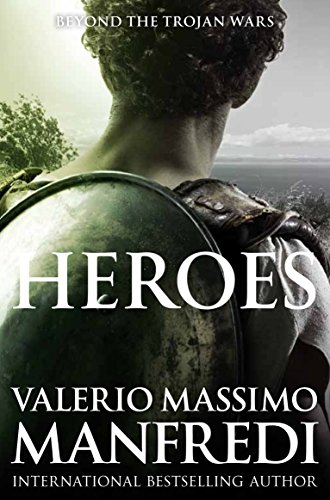 A grandiose and brutal epic of the ancient world from the bestselling author of the Alexander trilogy, Spartan and The Last Legion

A castaway tossed onto a deserted beach is the last survivor of a world that no longer exists. He has a terrible, fascinating story to tell - the true reason for which the Trojan War was fought . . .

The protagonist of Valerio Massimo Manfredi's Heroes is Diomedes, the last of the great ancient Greek Homeric heroes, who seeks to return to his beloved homeland after years of war against Troy. But destiny has other plans for him. Betrayed by his wife, who plots to murder him and persecuted by hostile gods, he has no choice but to turn his sails west, towards Hesperia, the mysterious mist-shrouded land that will one day be called Italy. He ventures boldly into this new world, for he carries with him the magic Talisman of Troy, a mysterious, powerful idol that can make the nation that possesses it invincible . . .

Previously titled The Talisman of Troy.

Valerio Massimo Manfredi is an archaeologist and scholar of the ancient Greek and Roman world. He is the author of numerous novels, which have won him literary awards and have sold twelve million copies. His Alexander trilogy has been translated into thirty-eight languages and published in sixty-two countries and the film rights have been acquired by Universal Pictures. His novel The Last Legion was made into a film starring Colin Firth and Ben Kingsley and directed by Doug Lefler. Valerio Massimo Manfredi has taught at a number of prestigious universities in Italy and abroad and has published numerous articles and essays in academic journals. He has also written screenplays for film and television, contributed to journalistic articles and conducted cultural programmes and television documentaries.
GOR007173076
9781447271383
1447271386
Heroes by Valerio Massimo Manfredi
Valerio Massimo Manfredi
Used - Very Good
Paperback
Pan Macmillan
2014-09-11
288
N/A
Book picture is for illustrative purposes only, actual binding, cover or edition may vary.
This is a used book - there is no escaping the fact it has been read by someone else and it will show signs of wear and previous use. Overall we expect it to be in very good condition, but if you are not entirely satisfied please get in touch with us
Trustpilot