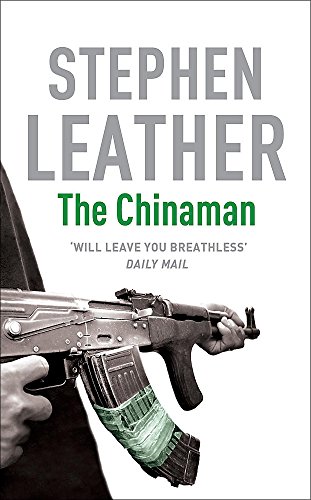 The Chinaman by Stephen Leather

From the bestselling author of the Spider Shepherd thrillers, this is Stephen Leather's breakthrough thriller: when a man loses his wife and his last living daughter he wants justice, and he wants revenge . . .

The Chinaman by Stephen Leather

Jungle-skilled, silent and lethal, he had killed for the Viet Cong and then for the Americans. He had watched helpless when his two eldest daughters had been raped and killed by Thai pirates.

Now all that was behind him. Quiet, hard-working and unassuming, he was building up his South London take-away business.

Until the day his wife and youngest daughter were destroyed by an IRA bomb in a Knightsbridge department store.

Then, simply but persistently, he began to ask the authorities who were the men responsible, what was being done. And was turned away, fobbed off, treated as a nuisance.

Which was when the Chinaman, denied justice, decided on revenge. And went back to war.

Stephen Leather is one of the UK's most successful thriller writers, an ebook and Sunday Times bestseller and author of the critically acclaimed Dan 'Spider' Shepherd series and the Jack Nightingale supernatural detective novels. Before becoming a novelist he was a journalist for more than ten years on newspapers such as The Times, the Daily Mirror, the Glasgow Herald, the Daily Mail and the South China Morning Post in Hong Kong. He is one of the country's most successful ebook authors and his titles have topped the Amazon Kindle charts in the UK and the US. His bestsellers have been translated into fifteen languages and he has also written for television.

Stephen also has a website for his Spider Shepherd series, www.danspidershepherd.com, and for his Jack Nightingale series, www.jacknightingale.com.

GOR001046194
9780340580257
0340580259
The Chinaman by Stephen Leather
Stephen Leather
Used - Very Good
Paperback
Hodder & Stoughton General Division
1992-11-01
416
N/A
Book picture is for illustrative purposes only, actual binding, cover or edition may vary.
This is a used book - there is no escaping the fact it has been read by someone else and it will show signs of wear and previous use. Overall we expect it to be in very good condition, but if you are not entirely satisfied please get in touch with us
Trustpilot