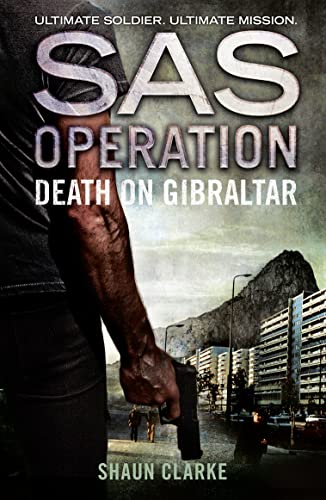 Death on Gibraltar by Shaun Clarke

Ultimate soldier. Ultimate mission. But will the SAS be able to outfox the IRA as they prepare a deadly reprisal?

Ultimate soldier. Ultimate mission. But will the SAS be able to outfox the IRA as they prepare a deadly reprisal?

May 1987: a successful SAS ambush results in the deaths of eight IRA terrorists in Loughgall. Knowing that retaliation is certain, and that Gibraltar has been selected by the IRA as a 'soft' target associated with British imperialism, British intelligence goes on the alert.

Then two IRA members arrive in southern Spain under false names, and an Irishwoman, also using a false identity, visits the changing of the guard ceremony outside the Governor of Gibraltar's residence. Intelligence believes the ceremony is likely to be attacked, and the British government sends in the SAS.

Tasked with preventing the bombing, if necessary by killing the terrorists, the SAS team will need to call into play all their expertise and tenacity in what will become a deadly game of cat-and-mouse.

GOR008634314
9780008155308
0008155305
Death on Gibraltar (SAS Operation) by Shaun Clarke
Shaun Clarke
SAS Operation
Used - Very Good
Paperback
HarperCollins Publishers
20160519
204
N/A
Book picture is for illustrative purposes only, actual binding, cover or edition may vary.
This is a used book - there is no escaping the fact it has been read by someone else and it will show signs of wear and previous use. Overall we expect it to be in very good condition, but if you are not entirely satisfied please get in touch with us
Trustpilot