Photography and the Art of Chance Robin Kelsey 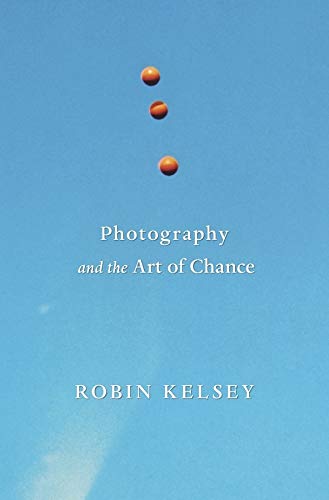 Photography and the Art of Chance by Robin Kelsey

As anyone who has wielded a camera knows, photography has a unique relationship to chance. It also represents a struggle to reconcile aesthetic aspiration with a mechanical process. Robin Kelsey reveals how daring innovators expanded the aesthetic limits of photography in order to create art for a modern world.

Photography and the Art of Chance by Robin Kelsey

Photography has a unique relationship to chance. Anyone who has wielded a camera has taken a picture ruined by an ill-timed blink or enhanced by an unexpected gesture or expression. Although this proneness to chance may amuse the casual photographer, Robin Kelsey points out that historically it has been a mixed blessing for those seeking to make photographic art. On the one hand, it has weakened the bond between maker and picture, calling into question what a photograph can be said to say. On the other hand, it has given photography an extraordinary capacity to represent the unpredictable dynamism of modern life. By delving into these matters, Photography and the Art of Chance transforms our understanding of photography and the work of some of its most brilliant practitioners.

The effort to make photographic art has involved a call and response across generations. From the introduction of photography in 1839 to the end of the analog era, practitioners such as William Henry Fox Talbot, Julia Margaret Cameron, Alfred Stieglitz, Frederick Sommer, and John Baldessari built upon and critiqued one another's work in their struggle to reconcile aesthetic aspiration and mechanical process. The root problem was the technology's indifference, its insistence on giving a bucket the same attention as a bishop and capturing whatever wandered before the lens. Could such an automatic mechanism accommodate imagination? Could it make art? Photography and the Art of Chance reveals how daring innovators expanded the aesthetic limits of photography to create art for a modern world.

In examining 20th-century photography, [Kelsey] fearlessly wades into the war of words among critics, curators, philosophers and artists alike trying to nail down the jelly-like nature and importance of photography. His prose is concise and academically framed but with a pleasing lack of jargon that makes this book accessible to a non-academic reader, unlike many books published on photo history in the past two decades... Kelsey's book is a first incursion into an issue that has not been well explored in print, and its conclusions and assertions will certainly be the start of many years of arguments... It should be a standard text for those studying the history of photography in depth. But it also gives lay readers an opportunity to look afresh at the canon of photography and gain a deeper understanding of the constant tension between the camera's mechanical nature and the photographer's art. -- Roger Watson * Wall Street Journal *
[A] revisionist and erudite history of the medium. -- Christopher Turner * Times Literary Supplement *
This intriguing study delves into a subject that has troubled photographers since the invention of the medium in the 1840s: how do the happy accidents arising from a mechanical process relate to human dexterity in creating artistic images? Kelsey's subjects range from early practitioners, including Fox Talbot and Stieglitz, to modernist innovators and 20th-century news photography. * Apollo *
Kelsey interweaves history, art, philosophy, psychology, and more with chance and photography to explore the complexity of photography's roles and its challenges and changes to the visual arts. -- C. Chiarenza * Choice *
This ambitious text, both scholarly and affecting, combines art history, psychology, and the history of philosophy and science into a shrewd exploration of 'how meaning is produced in a medium prone to chance.' ...Though Kelsey's primary focus is the development of photography, the end result is a wholly informative, refreshing, and rich perspective on photography and Modernism. * Publishers Weekly (starred review) *
Photography and the Art of Chance takes up a venerable question: how can a photograph be art, when it is made with a machine that registers phenomena beyond the operator's full awareness? With great originality, Kelsey shows that photography's history is entangled with the history of chance, and he complicates our understanding of the medium in a refreshing way. -- Douglas R. Nickel, Brown University
A brilliant choice of theme for an encompassing, revisionist history of photography that shows canonical figures at their best; chance is the flip side of techne and the motor of avant-garde aesthetics, as well as a key subject in the history of modern consciousness. Kelsey's explanatory clarity and gift for concision, meanwhile, are no accident. -- Matthew S. Witkovsky, The Art Institute of Chicago
Photography and the Art of Chance brilliantly interweaves the history of photography with a broader history of art and an intellectual history of chance. This interdisciplinary approach helps Kelsey sidestep claims about the ontological status of photography that separate the medium entirely from other forms...Perhaps more remarkable than the book's breadth is that Kelsey moves across fields with a language that is both specific and accessible enough to make his book a satisfying read for a varied audience...Photography and the Art of Chance will reward specialists and general audiences, providing insights to a spectrum of readers disconcerted, resigned, or even enlivened by the apparent randomness and indifference that still characterizes so much of our modern lives. -- Lauren Kroiz * caa.reviews *
Robin Kelsey is Shirley Carter Burden Professor of Photography at Harvard University.
NPB9780674744004
9780674744004
0674744004
Photography and the Art of Chance by Robin Kelsey
Robin Kelsey
New
Hardback
Harvard University Press
2015-05-28
416
Nominated for Charles Rufus Morey Book Award 2016
Book picture is for illustrative purposes only, actual binding, cover or edition may vary.
This is a new book - be the first to read this copy. With untouched pages and a perfect binding, your brand new copy is ready to be opened for the first time
Trustpilot