A Postcard from Kasos, 1965 Robert A McCabe 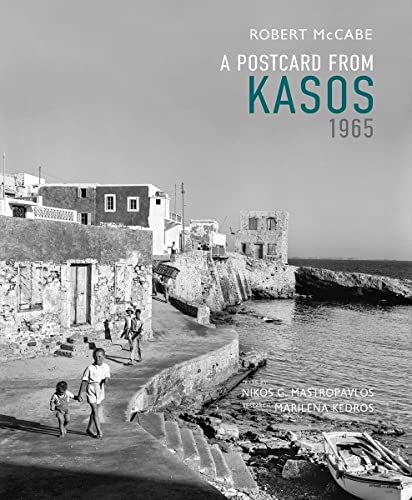 A Postcard from Kasos, 1965 by Robert A McCabe

A ravishing photographic portrait of a hidden gem of the Aegean, Kasos, the southernmost island of the Dodecanese.

A Postcard from Kasos, 1965 by Robert A McCabe

Kasos is the southernmost island of the Dodecanese, lying between Carpathos and Crete. Roughly 11 miles long and four miles wide, with a rocky, mountainous landscape, Kasos was famed from antiquity as a centre of shipbuilding, and played a role in the Greek War of Independence. But with the advent of steam, the island's shipyard closed, and its population dwindled. Today some one thousand people remain on the island, living in five small villages full of historic homes and churches. The islanders produce agricultural products of exceptional quality; preserve their distinctive culinary, musical, and dance traditions; and welcome a small number of adventurous travellers to their sparkling beaches.

Robert A. McCabe's stunning black-and-white photographs of Kasos, most taken in 1965, offer a unique record of the island's people, architecture, and natural landscapes. In a stark contrast to the transformation undergone by other Greek islands, many of the scenes depicted in McCabe's photographs remain almost unchanged today. The text, by a distinguished Greek journalist born on Kasos, brings to life the places and personalities pictured in this book, which will appeal to all travellers off the beaten track.

Robert A. McCabe was born in Chicago in 1934. He started taking photographs in 1939 with a Kodak Brownie given to him by his father, who published a tabloid newspaper in New York. His work is featured in a permanent exhibition at the Greek consulate in Boston, MA. McCabe's 15 published photo books include the Abbeville titles Mykonos, Mycenae: From Myth to History, The Ramble in Central Park: A Wilderness West of Fifth, and Three Days in Havana.