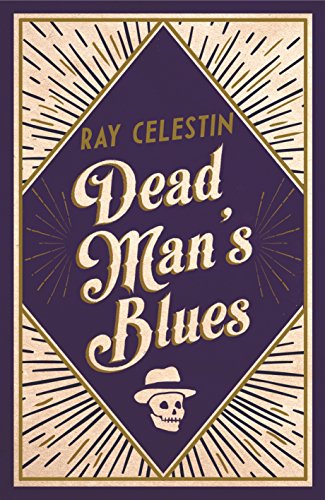 A stunning historical mystery from Ray Celestin, following on from the events of The Axeman's Jazz.

Chicago, 1928. In the stifling summer heat three disturbing events take place. A clique of city leaders is poisoned in a fancy hotel. A white gangster is found mutilated in an alleyway in the Blackbelt. And a famous heiress vanishes without a trace.

Pinkerton detectives Michael Talbot and Ida Davis are hired to find the missing heiress by the girl's troubled mother. But it proves harder than expected to find a face that is known across the city, and Ida must elicit the help of her friend Louis Armstrong.

While the police take little interest in the Blackbelt murder, Jacob Russo, crime scene photographer, can't get the dead man's image out of his head, and so he embarks on his own investigation.

And Dante Sanfelippo - rum-runner and fixer - is back in Chicago on the orders of Al Capone, who suspects there's a traitor in the ranks and wants Dante to investigate. But Dante is struggling with his own problems as he is forced to return to the city he thought he'd never see again . . .

As the three parties edge closer to the truth, their paths cross and their lives are threatened. But will any of them find the answers they need in the capital of jazz, booze and corruption?

A magnificent crime novel, at least as good as his stunning 2014 debut . . . His portrait of an edgy, sexy, corrupt, dangerous, deeply racially prejudiced city, where savage violence cohabited with exciting music, is totally absorbing -- Marcel Berlins * The Times *
Celestin certainly doesn't short-change us on plot as his book centres on investigations into the disappearance of a celebrity heiress, the brutal murder (complete with gouged-out eyes) of a gangster and an attempt to poison a group of pro-Capone city dignitaries. But he also packs in enough details about the people, buildings, musicians and criminals of Prohibition-era Chicago to fill a fair-sized history book. He writes so vividly that at times I was convinced I could see 1920s Chicago in front of me and, even more impressively, he writes so well about music that I could virtually hear it. His first book was one of the best crime novels of its year and this sequel is even better. VERDICT: 5/5 * Daily Express *
This is the sequel to the prizewinning The Axeman's Jazz . . . Under the constant threat of bloodshed, the three stories gradually weave together into an intriguing portrait of a time and a place . . . the historical detail is captivating . . . The young Louis Armstrong turns up, and his powerful, searching, explosive jazz pulses through the pages, a soundtrack to Ida's increasingly dangerous investigation * Spectator *
Celestin's promise of two further instalments of this lively, jazz-based series can only be cause for celebration * Sunday Times *
Ray Celestin's debut novel, The Axeman's Jazz won the CWA John Creasey New Blood Dagger Award and was shortlisted for the Theakston's Crime Novel of the Year Award. Dead Man's Blues is his second novel. He lives in London.
GOR007768427
9781447258919
1447258916
Dead Man's Blues by Ray Celestin
Ray Celestin
Used - Very Good
Paperback
Pan Macmillan
2016-08-11
336
Short-listed for CWA Goldsboro Gold Dagger 2017 (UK)
Book picture is for illustrative purposes only, actual binding, cover or edition may vary.
This is a used book - there is no escaping the fact it has been read by someone else and it will show signs of wear and previous use. Overall we expect it to be in very good condition, but if you are not entirely satisfied please get in touch with us
Trustpilot