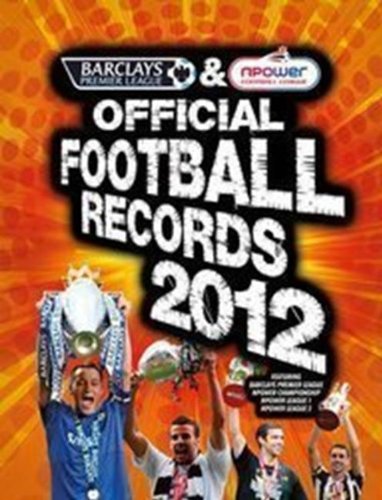 It then covers the all-time records for every one of the 92 English league clubs, placing them in their correct division as at the start of the 2011/12 campaign, before examining the records for the English game's domestic Cups.

Throughout, this lively and highly informative book is packed with facts, statistics, trivia, biographies, histories, personalities and oddities that showcase English football at its fascinating best, all illustrated with 600 great action photos.

So whether you want to know about the exploits of your own club and its players, find out about highest-ever goalscorers, all-time transfer records or most successful FA Cup managers, this official companion leaves no stone unturned in its quest to provide absolute football knowledge.

Press Association Sport is part of the Press Association, the UK's national news agency. As authors, Press Association Sport was responsible for Carlton Books' best-selling Official English Leagues' Football Records 2011.
Part 1: Season Review 2010/11; Features a full review of the 2010/11 Premier League, Championship, League 1, League 2 and Cup competitions.; Part 2: English League Records; Features the Premier League, Championship, League 1 and League 2. Covers the all-time records from the birth of each league to the end of the 2010/11 season.; Part 3: Club Records; Features the all-time records for each of the 92 Premier League, Championship, League 1 and League 2 clubs, as at the start of the 2011/12 season.; Part 4: Cup Competitions; Covers the all-time records for the FA Cup, League Cup and Football League Trophy.
GOR003430023
9781847328700
1847328709
Official Football Records 2012 by Press Association, Ltd.
Press Association, Ltd.
Used - Very Good
Hardback
Carlton Books Ltd
2011-10-13
240
N/A
Book picture is for illustrative purposes only, actual binding, cover or edition may vary.
This is a used book - there is no escaping the fact it has been read by someone else and it will show signs of wear and previous use. Overall we expect it to be in very good condition, but if you are not entirely satisfied please get in touch with us
Trustpilot