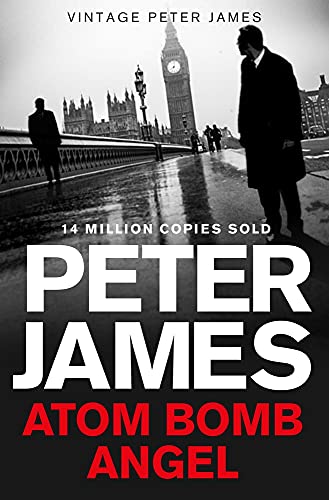 A reissue of this early thriller from multi-million-copy bestselling author, Peter James.

Terrorists are threatening to sabotage Britain's nuclear power plants. One nuclear explosive smuggled inside a reactor would turn the entire core into a massive atom bomb . . . and bring death and disease to millions of people for centuries to come.

When Sir Isaac Quoit, chairman of the Atomic Energy Authority, disappears without trace, MI5 are alerted to the mysterious Operation Angel. Slick superspy Max Flynn is briefed to crack the code - but can he beat the deadline before Angel strikes?

Who are the terrorists? Why are the KGB involved? What are their aims and which power stations will they sabotage? If he does not act fast, Britain will be engulfed in a nuclear nightmare.

Peter James was educated at Charterhouse, then at film school. He lived in North America for a number of years, working as a screenwriter and film producer before returning to England. His novels, including the Sunday Times number one bestselling Roy Grace series, have been translated into thirty-six languages, with worldwide sales of sixteen million copies. Three books have been filmed. In addition to his popular Roy Grace series, Peter has also written several standalone titles, including The House on Cold Hill, The Perfect Murder, Billionaire and, also featuring Agent Max Flynn, Dead Letter Drop. All his novels reflect his deep interest in the world of the police, with whom he does in-depth research, as well as his fascination with science, medicine and the paranormal. He has also produced numerous films, including The Merchant of Venice, starring Al Pacino, Jeremy Irons and Joseph Fiennes. He divides his time between his homes in Notting Hill, London, and near Brighton in Sussex.
GOR006315998
9781447255970
1447255976
Atom Bomb Angel by Peter James
Peter James
Used - Very Good
Paperback
Pan Macmillan
2014-01-28
336
N/A
Book picture is for illustrative purposes only, actual binding, cover or edition may vary.
This is a used book - there is no escaping the fact it has been read by someone else and it will show signs of wear and previous use. Overall we expect it to be in very good condition, but if you are not entirely satisfied please get in touch with us
Trustpilot