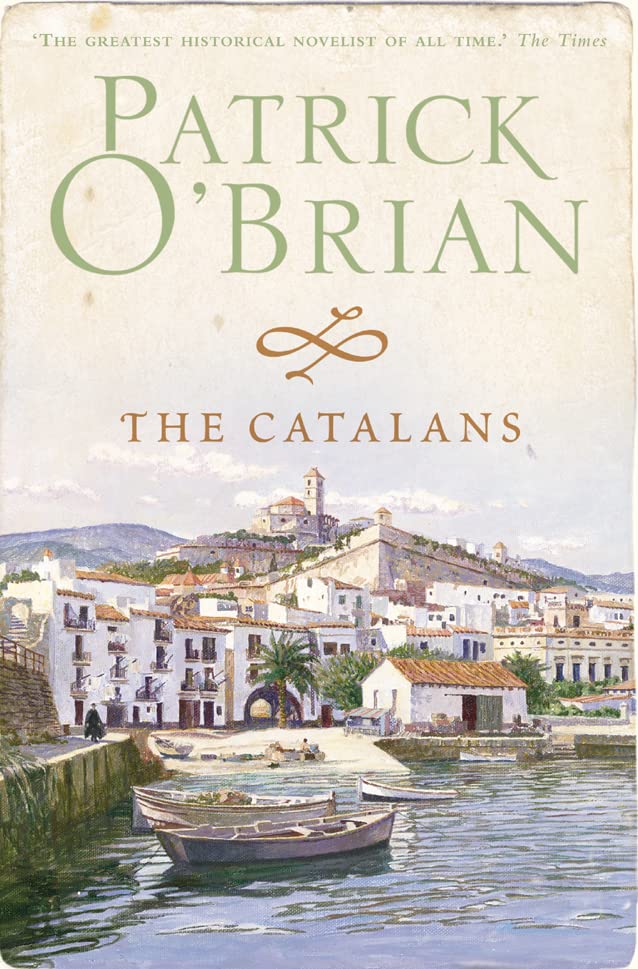 The Catalans by Patrick O'Brian

Set amongst the rolling vineyards and gentle courtyards of a small seaside village in Catalonia, Patrick O'Brian's second novel is a poignant story of tumultuous love, complex faith and one man's desperate bid to reclaim his humanity.

The Catalans by Patrick O'Brian

Set amongst the rolling vineyards and gentle courtyards of a small seaside village in Catalonia, Patrick O'Brian's second novel is a poignant story of tumultuous love, complex faith and one man's desperate bid to reclaim his humanity.

Summoned from his medical practice in China by a bevy of anxious aunts, Alain Roig returns to his Catalan hometown to discover he has been nominated by family members with vested interests in the ancestral property to prevent an impending marriage between his cold, ascetic cousin Xavier and Madeleine, a quiet, introspective village girl of unusual beauty. As Alain seeks to understand his cousin's complex motivations for wooing the unhappy girl, he is slowly drawn into Xavier's dark crisis of faith, the well-worn pattern of the sleepy Catalan days and the tight circle of village gossip that surrounds Madeleine.

Throughout, Patrick O'Brian's slow, seductive narrative lures the reader into the landscapes, rhythms and passions of Catalonia, while his subtle, insightful characterisation paints a psychological portrait of a unique way of life and two very different men - one generous and impulsive, the other desperate to revive in his soul the dying flames of affection which he senses could be his salvation.

With themes and characters that in many ways prefigure his enormously successful Aubrey/Maturin series, THE CATALANS demonstrates all the insight, lyricism and psychological drama that made O'Brian one of the best storytellers of his generation.

'You are in for the treat of your lives. Thank God for Patrick O'Brian: his genius illuminates the literature of the English language, and lightens the lives of those who read him.' Irish Times

Any contemporary novelist should recognize in Patrick O'Brian a Master of the Art.' Sunday Telegraph

GOR003955464
9780007333851
0007333854
The Catalans by Patrick O'Brian
Patrick O'Brian
Used - Very Good
Paperback
HarperCollins Publishers
2009-06-01
224
N/A
Book picture is for illustrative purposes only, actual binding, cover or edition may vary.
This is a used book - there is no escaping the fact it has been read by someone else and it will show signs of wear and previous use. Overall we expect it to be in very good condition, but if you are not entirely satisfied please get in touch with us
Trustpilot