If You're Second You Are Nothing Oliver Holt 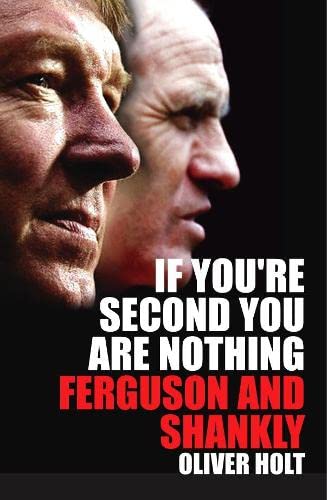 If You're Second You Are Nothing by Oliver Holt

If You're Second You Are Nothing: Ferguson and Shankly by Oliver Holt

Bill Shankly was one of ten children from an Ayrshire mining village. Alex Ferguson was a shipyard worker's son who went on to become a toolmaker's shop steward. Both of them enjoyed distinguished but not outstanding playing careers. Both of them raged against the might of the rich in their early managerial days, and both of course will be remembered as two of the mightiest figures in the history of the English game.

There is a rich seam that links the epic lives of Shankly and Ferguson, running between their enemy football strongholds in Liverpool and Manchester. It goes deeper than the myriad achievements of both men - three league titles for Shankly, eight championships and a European Cup for Ferguson. What binds them is their long love affairs with football, which were so consuming that a tragic form of rejection was almost inevitable. Shankly felt betrayed by the club he had built from the ground up in the 1960s, and when he died from a heart attack in 1981 the deep rift between him and Liverpool had not been healed. Equally, with Malcolm Glazer's takeover, Ferguson looks more and more like a man out of his time, a man whose once absolute authority over his players may be slipping.

In this riveting dual biography Oliver Holt takes two of football's undisputed greats and shows what made both men tick. In part a celebration of two driven, charismatic and hard-nosed characters, If You're Second You Are Nothing is also a poignant evocation of men not knowing how to let go of the game to which they have given so much.

Oliver Holt is the Chief Sports Writer on the Daily Mirror, and the British Press Gazette Sports Writer of the Year 2005. This is his first book.
GOR003294466
9781405088916
1405088915
If You're Second You Are Nothing: Ferguson and Shankly by Oliver Holt
Oliver Holt
Used - Very Good
Hardback
Pan Macmillan
2006-09-01
368
N/A
Book picture is for illustrative purposes only, actual binding, cover or edition may vary.
This is a used book - there is no escaping the fact it has been read by someone else and it will show signs of wear and previous use. Overall we expect it to be in very good condition, but if you are not entirely satisfied please get in touch with us
Trustpilot