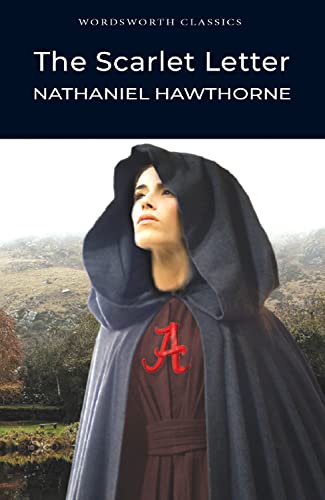 The Scarlet Letter by Nathaniel Hawthorne

A young mother of an illegitimate child confronts her Puritan judges. This book describes the cruelties of slowly exposed guilt as her lover is revealed.

The Scarlet Letter by Nathaniel Hawthorne

Introduction and Notes by Henry Claridge, Senior Lecturer, School of English, University of Kent at Canterbury.

This is a troubling story of crime, sin, guilt, punishment and expiation, set in the rigid moral climate of 17th-century New England. The young mother of an illegitimate child confronts her Puritan judges.

However, it is not so much her harsh sentence, but the cruelties of slowly exposed guilt as her lover is revealed, that hold the reader enthralled all the way to the book's poignant climax.

GOR000628783
9781853260292
1853260290
The Scarlet Letter by Nathaniel Hawthorne
Nathaniel Hawthorne
Wordsworth Classics
Used - Very Good
Paperback
Wordsworth Editions Ltd
1992-05-05
224
N/A
Book picture is for illustrative purposes only, actual binding, cover or edition may vary.
This is a used book - there is no escaping the fact it has been read by someone else and it will show signs of wear and previous use. Overall we expect it to be in very good condition, but if you are not entirely satisfied please get in touch with us
Trustpilot