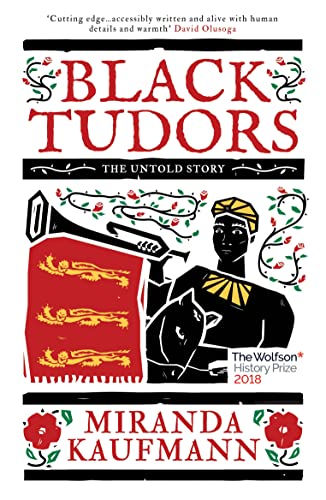 A transformative history - in Tudor times there were Africans living and working in Britain, and they were free

Shortlisted for the Wolfson History Prize 2018

A black porter publicly whips a white Englishman in the hall of a Gloucestershire manor house. A Moroccan woman is baptised in a London church. Henry VIII dispatches a Mauritanian diver to salvage lost treasures from the Mary Rose. From long-forgotten records emerge the remarkable stories of Africans who lived free in Tudor England...

They were present at some of the defining moments of the age. They were christened, married and buried by the Church. They were paid wages like any other Tudors. The untold stories of the Black Tudors, dazzlingly brought to life by Kaufmann, will transform how we see this most intriguing period of history.