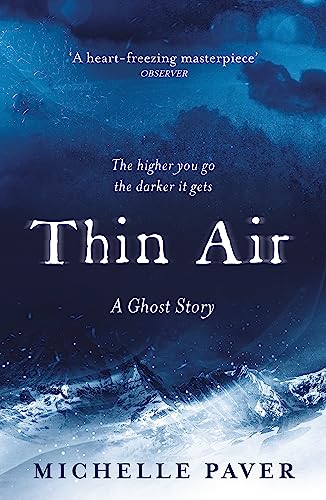 A terrifying tale of a dark and deadly secret, beautifully told by million-copy bestseller, Michelle Paver

Thin Air: The most chilling and compelling ghost story of the year by Michelle Paver

Kangchenjunga. The sacred mountain. Biggest killer of them all.

Five Englishmen set out to conquer it. But courage can only take them so far. And the higher they climb, the darker it gets.