Icebound In The Arctic Michael Smith 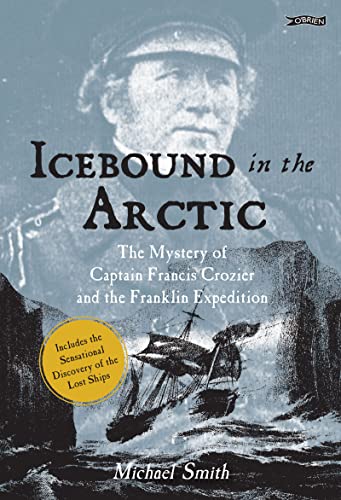 Icebound In The Arctic by Michael Smith

Two newly discovered ships which sank in the Arctic ice 170 years ago may hold clues to the fate of explorer, Captain Francis Crozier, who led the doomed Franklin expedition's fight for survival. Updated biography with new chapters, maps and photographs.

Icebound In The Arctic: The Mystery of Captain Francis Crozier and the Franklin Expedition by Michael Smith

Captain Francis Crozier was a major figure in 19th century Arctic and Antarctic exploration who led the doomed Franklin Expedition's battle to survive against the odds. It is a compelling story which refuses to be laid to rest and recent discovery of his lost ships above the Arctic Circle gives it a new urgency.

The ships may hold vital clues to how two navy vessels and 129 men disappeared 170 years ago and why Crozier, in command after Franklin's early death, left the only written clue to the biggest disaster in Polar history.

Drawn from historic records and modern revelations, this is the only comprehensive account of Crozier's extraordinary life. It is a tale of a great explorer, a lost love affair and an enduring mystery.

Crozier's epic story began comfortably in Banbridge, Co Down and involved six gruelling expeditions on three of the 19th century's great endeavours - navigating the North West Passage, reaching the North Pole and mapping Antarctica. But it ended in disaster.

There's no better portrait of Francis Crozier than the one Smith gives us -- with all his bright and cloudy moments interwoven ... The major new chapter is the last, Lost and Found, which recounts, as promised on the cover, the sensational discovery of the ships. It's a dramatic and succinct account, and the best so far to have appeared in book form ... let us welcome this new edition, and the strong, contrasted portrait of Crozier's career that it brings. It bears clear witness to (as the Crozier memorial in Banbridge puts it) to his unbending integrity and truthfulness as well as to his extreme amiability-- and, as was Crozier himself, Smith's book is very good company indeed

Michael Smith is an authority on polar exploration who has appeared on TV and radio and lectured extensively. His books include: An Unsung Hero: Tom Crean; I Am Just Going Outside, a biography of Captain Oates; Polar Crusader about Sir James Wordie; Tom Crean - An Illustrated Life; Great Endeavour - Ireland's Antarctic Explorers; and Shackleton: By Endurance We Conquer. Michael is also the recipient of awards for his work as a journalist with The Guardian and The Observer.

GOR011384792
9781788492324
1788492323
Icebound In The Arctic: The Mystery of Captain Francis Crozier and the Franklin Expedition by Michael Smith
Michael Smith
Used - Very Good
Paperback
O'Brien Press Ltd
20210412
308
N/A
Book picture is for illustrative purposes only, actual binding, cover or edition may vary.
This is a used book - there is no escaping the fact it has been read by someone else and it will show signs of wear and previous use. Overall we expect it to be in very good condition, but if you are not entirely satisfied please get in touch with us
Trustpilot