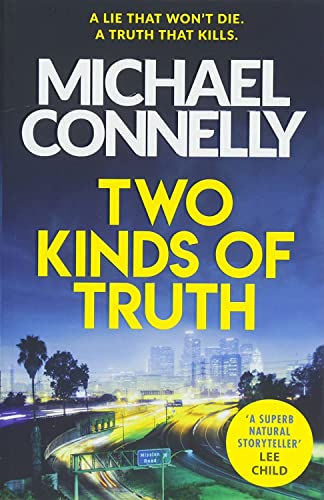 A blockbuster crime thriller from a #1 bestselling powerhouse at the top of his game.

Harry Bosch works cold cases, helping out the under-funded San Fernando police department. When a double murder at a local pharmacy is called in, Bosch is the most seasoned detective on the scene.

But with experience, come the ghosts of long-forgotten crimes. A death row inmate claims Bosch framed him, and that new DNA evidence proves it. The LAPD investigators say the case is watertight, leaving Bosch out in the wilderness to clear his name and keep a sadistic killer behind bars.

There's only one person he can trust to help prove his innocence: Micky Haller, The Lincoln Lawyer...

MICHAEL CONNELLY is the author of thirty-two previous novels, including the #1 New York Times bestsellers Dark Sacred Night, Two Kinds of Truth, and The Late Show. His books, which include the Harry Bosch series and the Lincoln Lawyer series, have sold more than seventy-four million copies worldwide. Connelly is a former newspaper reporter who has won numerous awards for his journalism and his novels. He is the executive producer of Bosch, starring Titus Welliver, and the creator and host of the podcast Murder Book. He spends his time in California and Florida. To find out more, visit Michael's website or follow him on Twitter or Facebook. www.michaelconnelly.com f/MichaelConnellyBooks [email protected]
GOR009102095
9781409147596
1409147592
Two Kinds of Truth: A Harry Bosch Thriller by Michael Connelly
Michael Connelly
Harry Bosch Series
Used - Very Good
Paperback
Orion Publishing Co
2018-05-17
480
N/A
Book picture is for illustrative purposes only, actual binding, cover or edition may vary.
This is a used book - there is no escaping the fact it has been read by someone else and it will show signs of wear and previous use. Overall we expect it to be in very good condition, but if you are not entirely satisfied please get in touch with us
Trustpilot