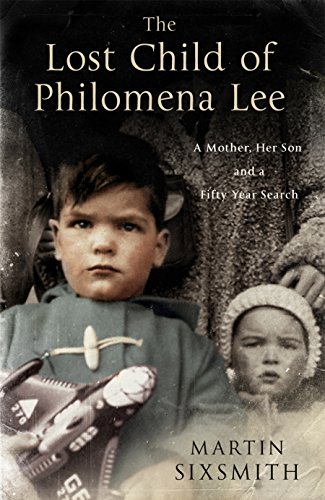 The Lost Child of Philomena Lee by Martin Sixsmith

A compelling story of family secrets, love and loss.

The Lost Child of Philomena Lee: A Mother, Her Son, and a Fifty-Year Search by Martin Sixsmith

When she fell pregnant as a teenager in Ireland in 1952, Philomena Lee was sent to the convent at Roscrea in Co. Tipperary to be looked after as a fallen woman. She cared for her baby for three years until the Church took him from her and sold him, like countless others, to America for adoption. Coerced into signing a document promising never to attempt to see her child again, she nonetheless spent the next fifty years secretly searching for him, unaware that he was searching for her from across the Atlantic.

Philomena's son, renamed Michael Hess, grew up to be a top Washington lawyer and a leading Republican official in the Reagan and Bush administrations. But he was a gay man in a homophobic party where he had to conceal not only his sexuality but, eventually, the fact that he had AIDs. With little time left, he returned to Ireland and the convent where he was born: his desperate quest to find his mother before he died left a legacy that was to unfold with unexpected consequences for all involved.

The Lost Child of Philomena Lee is the tale of a mother and a son whose lives were scarred by the forces of hypocrisy on both sides of the Atlantic and of the secrets they were forced to keep. A compelling narrative of human love and loss, Martin Sixsmith's moving account is both heartbreaking yet ultimately redemptive.

Martin Sixsmith was born in Cheshire and educated at Oxford, Harvard and the Sorbonne. From 1980 to 1997 he worked for the BBC, as the Corporation's correspondent in Moscow, Washington, Brussels and Warsaw. From 1997 to 2002 he worked for the British Government as Director of Communications. He is now a writer, presenter and journalist. His previous books are The Litvinenko File, Moscow Coup: The Death of the Soviet System and two novels, Spin and I Heard Lenin Laugh.
GOR008253420
9780330518369
0330518364
The Lost Child of Philomena Lee: A Mother, Her Son, and a Fifty-Year Search by Martin Sixsmith
Martin Sixsmith
Used - Like New
Paperback
Pan Macmillan
2010-05-21
464
N/A
Book picture is for illustrative purposes only, actual binding, cover or edition may vary.
The book has been read, but looks new. The book cover has no visible wear, and the dust jacket is included if applicable. No missing or damaged pages, no tears, possible very minimal creasing, no underlining or highlighting of text, and no writing in the margins
Trustpilot