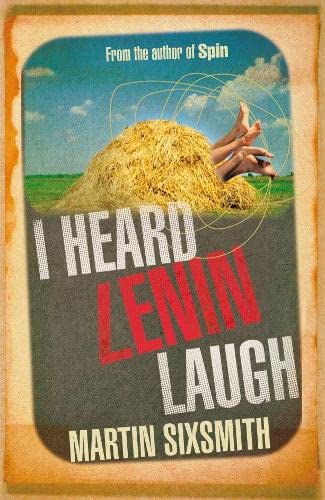 The stunning new novel from the author of Spin

Hello. And pleasure to meet you. My name Yevgeny.

Yevgeny, yes. But my friends they call me Zhenya.

Now, where was I born? In Vitebsk.

You want know about Vitebsk?

In the looking glass world of the old Soviet reality, the future is certain. But the past is unpredictable and the truth a negotiable commodity.

Into this changeable environment comes young Zhenya Gorevich, struggling to embrace a supposed Communist utopia. When his mother confesses the unlikely secret of his parentage, he determines to escape Russia and find his long-lost father. His impossible quest will take him from provincial Vitebsk to Moscow and beyond, as he tries desperately to find a way to get to swinging London and reclaim his noble birthright.

Culminating with the 1966 World Cup in England, Martin Sixsmith has written a playful, yet strikingly poignant story of one man's life journey combining the classic tradition of Russian satire with his own wry humour.

Martin Sixsmith was born in Cheshire and educated at Oxford, Harvard and the Sorbonne. From 1980-1997, he worked for the BBC, as he was the Corporation's correspondent in Moscow, Washington, Brussels and Warsaw. From 1997-2002, he worked for the Government as Director of Communications and Press Secretary first to Harriet Harman, then to Alistair Darling and finally to Stephen Byers. He is now a writer, presenter and journalist.
GOR002898872
9781405041218
1405041218
I Heard Lenin Laugh by Martin Sixsmith
Martin Sixsmith
Used - Very Good
Hardback
Pan Macmillan
2006-07-07
336
N/A
Book picture is for illustrative purposes only, actual binding, cover or edition may vary.
This is a used book - there is no escaping the fact it has been read by someone else and it will show signs of wear and previous use. Overall we expect it to be in very good condition, but if you are not entirely satisfied please get in touch with us
Trustpilot