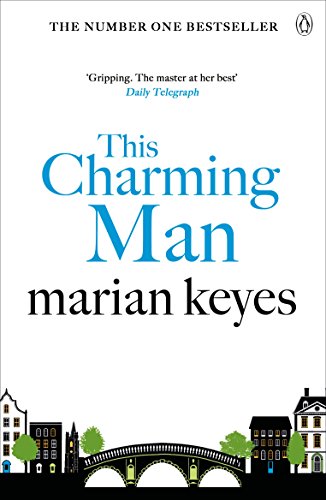 This Charming Man by Marian Keyes

Everybody remembers where they were the day they heard that Paddy de Courcy was getting married. But for four women in particular, the big news about the charismatic politician is especially momentous...

This Charming Man by Marian Keyes

Relish the wit and wisdom of Marian Keyes in this story of four women caught up in what seems like love, but may be something much darker . . . from the No. 1 bestselling author of Grown Ups

Slick, handsome politician Paddy de Courcy is on the up. His party is set to do well in the elections and he's just announced his engagement to the beautiful Alicia.

Which is news to his girlfriend, Lola, who, within hours, finds herself dumped and warned not to talk to the press.

Yet journalist Grace is on the prowl. She has been after Paddy ever since he ruined her sister Marnie's life way back in college.

Grace is looking for the inside story and thinks Lola holds the key . . .

'The queen of page-turners . . . brimming with her trademark down-to-earth wit' Cosmopolitan

'Gripping from the start . . . the master at her best' Daily Telegraph

Four very different women, one awfully charming man and a dark secret that binds them all . . .

Marian Keyes' This Charming Man follows women who have been caught in a web of modern love.

* from the publishers' description *
The laughs come fast and furious . . . a gripping, compelling tale * Sunday Independent *
The queen of page-turners . . . brimming with her trademark down-to-earth wit * Cosmopolitan *
Gripping from the start . . . the master at her best * Daily Telegraph *
Keyes' multi-layered plotting has never been as ingenious as in this . . . It's her best book yet * Irish Times *
Marian Keyes is the international bestselling author of Watermelon, Lucy Sullivan is Getting Married, Rachel's Holiday, Last Chance Saloon, Sushi for Beginners, Angels, The Other Side of the Story, Anybody Out There, This Charming Man, The Brightest Star in the Sky, The Mystery of Mercy Close, The Woman Who Stole My Life, The Break and Grown Ups. Her journalism, collected under two titles, Making It Up As I Go Along and Under the Duvet: Deluxe Edition, containing the original publications Under the Duvet and Further Under the Duvet, are also available from Penguin. Marian lives in Dublin with her husband.
GOR004593629
9780241958483
0241958482
This Charming Man by Marian Keyes
Marian Keyes
Used - Very Good
Paperback
Penguin Books Ltd
2009-03-05
912
N/A
Book picture is for illustrative purposes only, actual binding, cover or edition may vary.
This is a used book - there is no escaping the fact it has been read by someone else and it will show signs of wear and previous use. Overall we expect it to be in very good condition, but if you are not entirely satisfied please get in touch with us
Trustpilot