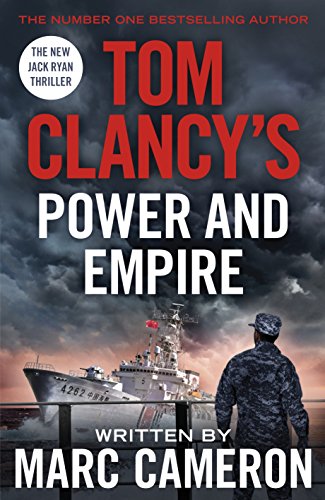 A growing threat from China leaves US President Jack Ryan with only a few desperate options in this continuation of the internationally bestselling Tom Clancy series.

As the world shakes from seemingly disparate outbursts of terrorism, Jack Ryan prepares for a crucial negotiation with President Zhou's increasingly hostile China.

But when a routine traffic stop on an isolated road in rural Texas leads to the discovery of a stolen USB stick, it becomes clear there is a dark connection between the attacks.

With tensions rising, a US spy ship in the South China Sea gets caught up in a violent storm - a storm which threatens to push it into the path of the Chinese navy, with potentially disastrous consequences.

As the international summit approaches, and the mastermind behind the violence remains at large, Jack Ryan has no choice but to face Zhou. Little does he realise he's walking straight into the jaws of the dragon...

'Exhilarating. No other novelist is giving so full a picture of modern conflict'
Sunday Times

Exhilarating. No other novelist is giving so full a picture of modern conflict. * Sunday Times on Tom Clancy *
Fascinating characters with action off-the-charts. Masterful * Steve Berry on Marc Cameron *
A retired Chief Deputy U.S. Marshal, Marc Cameron spent nearly thirty years in law enforcement. His assignments have taken him from Alaska to Manhattan, Canada to Mexico and dozens of points in between. He holds a second degree black belt in Jujitsu and is a certified scuba diver and man-tracker. Cameron lives in Alaska.
GOR008820429
9780718188207
0718188209
Tom Clancy's Power and Empire: INSPIRATION FOR THE THRILLING AMAZON PRIME SERIES JACK RYAN by Marc Cameron
Marc Cameron
Jack Ryan
Used - Very Good
Hardback
Penguin Books Ltd
2017-11-30
592
N/A
Book picture is for illustrative purposes only, actual binding, cover or edition may vary.
This is a used book - there is no escaping the fact it has been read by someone else and it will show signs of wear and previous use. Overall we expect it to be in very good condition, but if you are not entirely satisfied please get in touch with us
Trustpilot