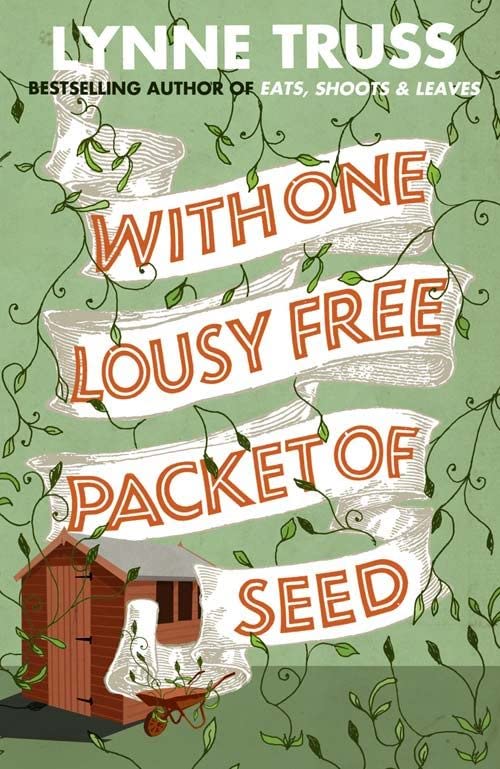 With One Lousy Free Packet of Seed by Lynne Truss

Lynne Truss's first novel, in which she shows herself to be one of the very best comic writers.

With One Lousy Free Packet of Seed by Lynne Truss

Lynne Truss's first novel, in which she shows herself to be one of the very best comic writers.

'It was nobody's fault, this widely held assumption that "Come Into the Garden" had long since sought eternal peace in the great magazine rack in the sky. Nevertheless, it required strength of character for those intimately acquainted with the title not to take the comments personally. After all, it was a bit like being dead but not lying down'.

Osborne Lonsdale, a down-at-heel journalist, mysteriously attractive to women, writes a regular celebrity interview for `Come Into the Garden'. This week his 'Me and My Shed' column will be based on the charming garden outhouse owned by TV sitcom star Angela Farmer. Unbeknown to Osborne, driving down to Devon to interview Angela in her country retreat, the sleepy magazine has been taken over by new management. So it happens that Osborne's research trip is interrupted by a trainload of anxious hacks from London - Lillian the fluffy blonde secretary, Michelle the sub-editor who has a secret crush on Osborne, and Trent Carmichael, crime novelist and bestselling author of S is for... Secateurs!

'This book will become a perennial comic delight... this Truss must never be stopped' Sue Limb

`Hilarious... as witty as a knot garden... Lots of good jokes. I loved it' The Times

Lynne Truss is one of Britain's best-loved comic writers and is the author of the worldwide bestsellers `Eats, Shoots & Leaves' and `Talk to the Hand'. She reviews for the Sunday Times and writes regularly for radio.

GOR003689305
9780007355280
0007355289
With One Lousy Free Packet of Seed by Lynne Truss
Lynne Truss
Used - Very Good
Paperback
HarperCollins Publishers
2010-05-27
224
N/A
Book picture is for illustrative purposes only, actual binding, cover or edition may vary.
This is a used book - there is no escaping the fact it has been read by someone else and it will show signs of wear and previous use. Overall we expect it to be in very good condition, but if you are not entirely satisfied please get in touch with us
Trustpilot