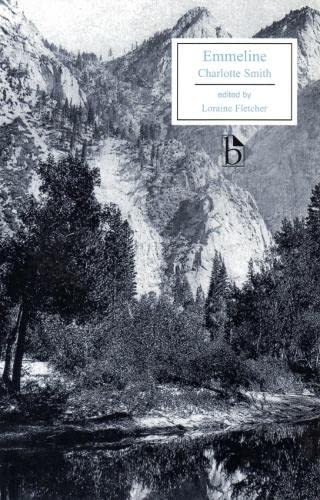 The novel and appendices. Appendices include primary source material relating to: the novel's reception; women, marriage and work; and landscape in the eighteenth-century fiction. Mary Hays' biographical writing on Smith is also included, as is selected correspondence.

The plot of Charlotte Smith's autobiographical first novel Emmeline (1788) includes the usual thrills of the eighteenth-century courtship novel: abduction, duels, and a fairy tale princess. At the same time, the novel satirically reworks such literary conventions by focusing on the dangers of early engagement and marriage, and challenges a social and legal system in which woment are inherently illegitimate subjects.

The Broadview edition includes primary source material relating to the novel's reception; women, marriage and work; and landscape in eighteenth-century fiction. Mary Hays's biographical writing on Smith is also included, as is selected correspondence.
Emmeline is one of the most delightful, absorbing English novels of the eighteenth century, at turns sentimental and hilariously comic. We are lucky to have Loraine Fletcher's beautifully contextualized, well-annotated edition in print. - Adela Pinch, University of Michigan, Ann Arbor

This is an exemplary edition. In her authoritative introduction, Loraine Fletcher contextualizes Emmeline as an early romantic work, influenced by Rousseau, contrasting with Fanny Burney and, surprisingly, repudiated as a bad example by Mary Wollstonecraft. The inclusion of Mary Hays's account of the desperate but heroic author's life is especially welcome. - Sybil Oldfield, University of Sussex

One of the fascinations of Charlotte Smith is the way in which she epitomizes the political, cultural, economic, and literary cross-currents of the later eighteenth century, and Fletcher has done a masterful job of contextualizing Smith in all of these ways. With an introduction that touches upon all of the elements key to understanding the complexity of Smith's work, and with the copious appendices characteristic of Broadview texts, this edition should prove an invaluable tool for scholars of all levels. Judith Davis Miller, Sacred Heart University, Fairfield

Fletcher includes contemporary reviews of the novel, portions of critical treatises on the position of women and marriage, and excerpts from Smith contemporaries such as Mary Collier, Edmund Burke, Hester Chapone, John Gregory, and Mary Wollstonecraft, making this an invaluable introduction to eighteenth-century feminine fiction. - Mary Anne Schofield, Eighteenth-Century Fiction
Loraine Fletcher is a Lecturer at Reading University, UK. She is the author of Charlotte Smith: A Critical Biography (Macmillan Academic Press, 1998).
GOR006895962
9781551113593
1551113597
Emmeline by Lorraine Fletcher
Lorraine Fletcher
Broadview Editions
Used - Very Good
Paperback
Broadview Press Ltd
20030812
520
N/A
Book picture is for illustrative purposes only, actual binding, cover or edition may vary.
This is a used book - there is no escaping the fact it has been read by someone else and it will show signs of wear and previous use. Overall we expect it to be in very good condition, but if you are not entirely satisfied please get in touch with us
Trustpilot