The Power Of Three Laura Lippman 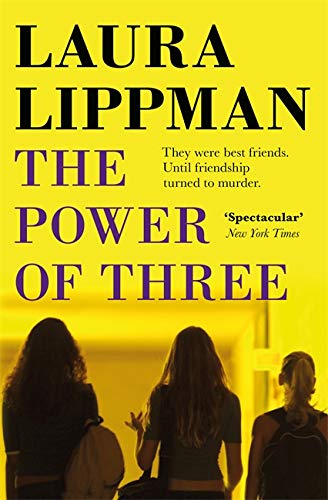 The Power Of Three by Laura Lippman

Three girls were best friends - until friendship became murder...
From the bestselling author of SUNBURN and LADY IN THE LAKE

The Power Of Three by Laura Lippman

Three girls were best friends - until friendship became murder...
From the bestselling author of SUNBURN and LADY IN THE LAKE

Baltimore police receive an urgent call out to a school after gunshots are heard coming from a locked girls' toilet. The police find three victims, but only Josie is conscious, and she insists she is not the shooter. Perri is unconscious from a bullet wound that has ripped through her jaw; and Kat is dead, shot in the chest.

Detective Lenhardt soon uncovers information that is at odds with the story Josie is telling. Other clues at the scene suggest there was a fourth girl who witnessed the entire episode from behind a locked stall. Where is she now? How did she get out?

The crime seems to reach back five years before this fatal shooting, when three girls met aged ten, and took a vow of eternal friendship. How did that passionate friendship change, evolve - and finally fall apart?

Spectacular ... A fast, cleverly elusive story * NEW YORK TIMES *
Laura Lippman understands perfectly the power of adolescent passions and how easily they spiral out of control. Read THE POWER OF THREE and despair of a world where guns are easier to come by than drugs -- Val McDermid
Powerful ... A gripping tale that is a mystery only in the same sense as To Kill a Mockingbird was ... Brilliant, insightful, moving * CHICAGO SUN-TIMES *
Terrific characterisation ... Lippman is weighed down with US crime writing awards - the Anthony, Edgar, Shamas, Agatha and Nero ... taken as a study of character, The Power of Three, narrated from multiple points of view that allows Lippman to dig deep into the teenagers' psyches, is engrossing * OBSERVER *
Why can be as important as who in creating a compelling mystery, as Laura Lippman shows in THE POWER OF THREE ... Lippman has produced a vivid portrait of a little piece of middle America, a thoughtful and sensitive novel which makes disquieting reading * SUNDAY TELEGRAPH *
Wonderfully paced, really well crafted ...The best book of hers that I've read -- Kate Atkinson, author of CASE HISTORIES
A searching look at the implosion of the American dream into every parent's worst nightmare * KIRKUS *
Lippman is among that select group of novelists who have reinvigorated the crime fiction arena with her smart, innovative and exciting work -- George Pelecanos
This is an outstanding example of writing that successfully combines suspense with acute insight into the dark recesses of human nature * GUARDIAN *
Lippman is often compared to such writers as the glorious Anne Tyler and the impeccable James M. Cain. Indeed, her writing is a heady concoction of similar skills -- Christina Appleyard * DAILY MAIL *
A major work of suspense * CLEVELAND PLAIN DEALER *
Before becoming a full-time novelist, Laura Lippman was a newspaper reporter for many years. She has won just about every crime writing award going, including the Anthony Award and non genre awards for Literary Excellence. She lives in Baltimore with her partner, the writer David Simon, and their daughter.
GOR012040898
9781409197362
1409197360
The Power Of Three by Laura Lippman
Laura Lippman
Used - Good
Paperback
Orion Publishing Co
2020-04-02
528
N/A
Book picture is for illustrative purposes only, actual binding, cover or edition may vary.
This is a used book - there is no escaping the fact it has been read by someone else and it will show signs of wear and previous use. Overall we expect it to be in good condition, but if you are not entirely satisfied please get in touch with us
Trustpilot