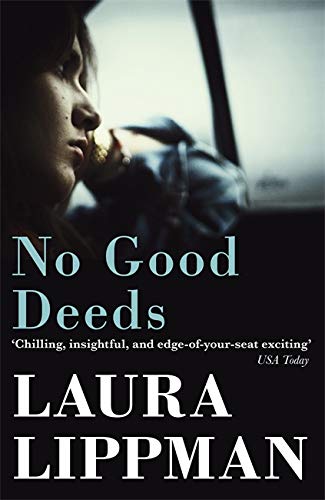 Would you sacrifice your life for the life of another? For someone you love?
From the bestselling author of SUNBURN
Winner of the Anthony Award for Best Novel

Would you sacrifice your life for the life of another? For someone you love?
From the bestselling author of SUNBURN
Winner of the Anthony Award for Best Novel

When the body of Federal Attorney Gregory Youssef is found dumped on the edge of Baltimore, every cop in the city is determined to catch his killer. But four months on, no one has been brought to justice and the department is under massive pressure to deliver a suspect. Meanwhile, private investigator Tess Monaghan's boyfriend helps a homeless black teenager. He brings Lloyd home for some food and a bed for the night, but when Tess mentions the Youssef case, Lloyd freezes.

That night, Lloyd sneaks out of the house and disappears. What is the link between Youssef's death and the teenager? Before long the situation spins wildly out of control, leaving Tess to fear not only for Lloyd, but also for those closest to her ...

Chilling, insightful, and edge-of-your seat exciting * USA TODAY *
One of the best novelists around, period * WASHINGTON POST *
Lippman is among that select group of novelists who have reinvigorated the crime fiction arena with her smart, innovative and exciting work -- George Pelecanos
A brilliant novelist, an unflinching chronicler of life in America right now -- Gillian Flynn
Intelligently written suspense tale * BELFAST TELEGRAPH *
One of the most polished and consistently interesting writers of detective fiction today * THE ECONOMIST *
One of America's most important literary voices * IRISH TIMES *
Every time Laura Lippman comes out with a new book, I get chills because I know I am back in the hands of the master. She is simply a brilliant novelist, an unflinching chronicler of life in America right now -- Gillian Flynn
A force to be reckoned with in crime fiction * PUBLISHERS WEEKLY *
Lippman is the closest writer America has to Ruth Rendell -- Stephen King
Laura Lippman continues to push the envelope of modern crime-writing -- Harlan Coben
Before becoming a full-time novelist, Laura Lippman was a newspaper reporter for many years. She has won just about every crime writing award going, including the Anthony Award and non genre awards for Literary Excellence. She lives in Baltimore with her partner, the writer David Simon, and their daughter.
GOR011696968
9781409197379
1409197379
No Good Deeds by Laura Lippman
Laura Lippman
Used - Very Good
Paperback
Orion Publishing Co
2020-06-25
432
N/A
Book picture is for illustrative purposes only, actual binding, cover or edition may vary.
This is a used book - there is no escaping the fact it has been read by someone else and it will show signs of wear and previous use. Overall we expect it to be in very good condition, but if you are not entirely satisfied please get in touch with us
Trustpilot