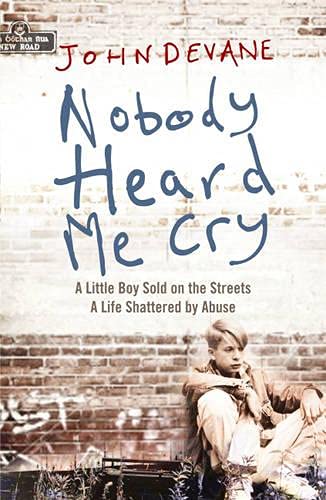 Nobody Heard Me Cry by John Devane

A little boy is abused, beaten and sold into prostitution on the streets of Limerick. Twenty years later, now a maverick lawyer, he defends the men who abused him. This is an extraordinary story of survival in the bitterest of circumstances.

Nobody Heard Me Cry by John Devane

Nobody Heard Me Cry is the harrowing and painfully honest story of one young boy whose childhood was destroyed by sexual abuse. At the age of eight, John Devane was called from the street into the home of a trusted neighbour. There he was brutally raped, the beginning of four years sustained, secretive abuse at this man's hands.

A few years on still not a teenager, he turned to a pair of trusted older friends for help. It would be to his cost. Instead of help, he soon found himself pinped on Limerick's Dock Road. The remaining years of his stolen childhood would see him used as a pawn by paedophile rings in Limerick and Dublin, initiated into sex parties where paedophiles from all walks of life serially abused and raped him and other young boys.

Fatherless and with a violent, alcoholic mother and a family in chaos, John had nowhere to turn. And nobody heard him cry.

here for the first time, he shares his remarkable story - of a lost childhood, of alcoholism and the devastation of abuse, and of a pivotal moment that would change everything when, years later, a practicing solicitor, he came face to face with a past abuser. Nobody Heard Me Cry is an unforgettable story of survival, and hope in the bitterest of circumstances.

John Devane still practices as a lawyer in his home town of Limerick, Ireland. He is married with a family.
GOR012152451
9780340963388
0340963387
Nobody Heard Me Cry by John Devane
John Devane
Used - Like New
Paperback
Hachette Books Ireland
2008-09-04
288
N/A
Book picture is for illustrative purposes only, actual binding, cover or edition may vary.
The book has been read, but looks new. The book cover has no visible wear, and the dust jacket is included if applicable. No missing or damaged pages, no tears, possible very minimal creasing, no underlining or highlighting of text, and no writing in the margins
Trustpilot