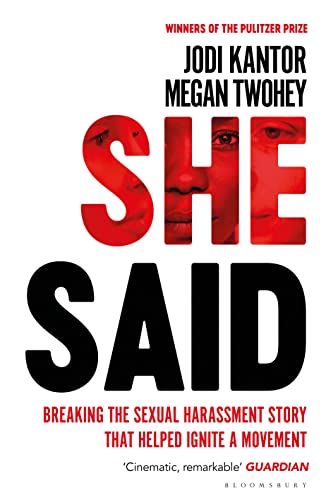 She Said by Jodi Kantor

She Said: The New York Times bestseller from the journalists who broke the Harvey Weinstein story by Jodi Kantor