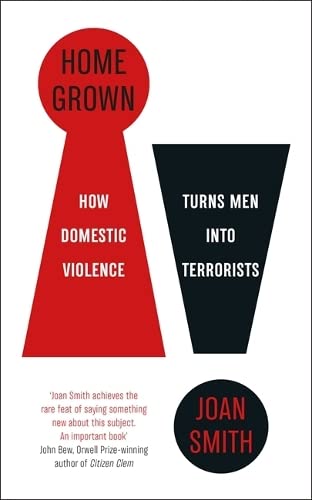 What do the attacks in London Bridge, Manchester and Westminster have in common with those at the Charlie Hebdo offices, the Finsbury Park Mosque attack and multiple US shootings?

They were all carried out by men with histories of domestic violence.

Terrorism is seen as a special category of crime that has blinded us to the obvious - that it is, almost always, male violence. The extraordinary link between so many tragic recent attacks is that the perpetrators have practised in private before their public outbursts.

In these searing case studies, Joan Smith, feminist and human rights campaigner, makes a compelling and persuasive argument for a radical shift in perspective. Incomprehensible ideology is transformed through her clear-eyed research into a disturbing but familiar pattern.

From the Manchester bomber to the Charlie Hebdo attackers, from angry white men to the Bethnal Green girls, from US school shootings to the London gang members who joined ISIS, Joan Smith shows that, time and time again, misogyny, trauma and abuse lurk beneath the 'justifications' of religion or politics.

Until Smith pointed it out in 2017, criminal authorities missed this connection because violence against women is dangerously normalised. Yet, since domestic abuse often comes before a public attack, it's here a solution to the scourge of our age might be found. Thought-provoking and essential, Home-Grown will lift the veil on a revelatory truth.

For fans of Invisible Women by Caroline Criado-Perez and Misogynation by Laura Bates.

A chilling indictment and an urgent call to action. Joan Smith's meticulous, shocking book offers irrefutable evidence that many men who commit public atrocities have already practised their terrorism at home. Powerful . . . Smith proves again and again that this refusal to accept the evidence and recognise what domestic violence actually means as a force within society, also means that we are vulnerable to other types of male violence, including suicide bombings, terrorist attacks and mass shootings -- Susan McKay * Irish Times *
The revelation of Joan Smith's book is the danger it poses. If we are scared of terrorism, she argues, the smart way to keep safe would be to pay much more attention to domestic violence . . . The similarities are so relentlessly consistent, the only puzzle is why it has taken this long for anyone to notice -- Decca Aitkenhead * Sunday Times: Must-read of 2019 *
'Scaldingly describes the failures of police, counterterrorism agencies, social services and others. It also challenges our tendency to tidy our memories . . . Readers will enjoy Smith's feminist, polemical style . . . Powerfully written -- Edward Lucas * The Times *
Smith, a feminist and human rights campaigner, contends that if victims were believed, domestic abuse were better recognised ... then numerous acts of terrorism ... could and can be avoided -- Yvonne Roberts * Observer *
The reasons why people radicalise and turn to terrorism is one of the most heavily studied subjects in the world but much academic work generates more heat than light. Joan Smith has achieved the rare feat of saying something new about this subject, by uncovering an unsettling connection to domestic violence and misogyny. Her book contains important implications for policy-makers tackling one of the defining issues of our age. * John Bew, Orwell Prize-winning author of Citizen Clem *
A timely book that offers a radical yet clear-eyed view at how misogyny and toxic masculinity intersect with acts of extremism. I found it both illuminating and chilling - it has completely changed the way I view terrorism. * Louise O'Neill, author of Asking for It *
A hitherto missing link vital for anti-terrorist chiefs, police and policy makers to digest and act upon * Lord Peter Hain *
Joan Smith has once again got to the heart of an issue that impacts on us all. The facts are clear, women are the first victims of extremists, but it's rarely set out so coherently and with such devastating impact * Nazir Afzal *
A compelling argument that gives me anger and hope. Anger that domestic and sexual violence are not widely recognised as terrorism, and hope that Smith's call to action will be heard so we can be safer from terrorism in all its forms * Karen Ingala Smith, CEO of Nia and the Femicide Census *
This writer has gone where angels fear to tread. Remarkable. Politicians, policy makers, police and security officers, social workers, educators and concerned citizens should read this disturbing and perceptive book. To defeat evil, one must know it first. * Yasmin Alibhai-Brown *
Excellent feminist analysis on links between domestic violence and terrorism, plus solutions which the government needs to act on * Jennifer Nadal, author of We: A Manifesto for Modern Women *
Two-thirds of U S gun deaths are suicides. We know, too, as Joan Smith has documented brilliantly in her book ... that a lot of these shooters have a history of terrorising the women in their lives. -- Suzanna Moore * Guardian *
Joan Smith is a novelist, columnist and campaigner for human rights. She is the author of the feminist classic Misogynies and the Loretta Lawson crime series, and writes for the Guardian, Telegraph, Sunday Times and New York Times, among others. Since 2013 she has been co-chair of the Mayor of London's Violence Against Women and Girls Board. She lives in London.
GOR009806632
9781787476042
1787476049
Home Grown: How Domestic Violence Turns Men Into Terrorists by Joan Smith
Joan Smith
Used - Very Good
Hardback
Quercus Publishing
20190516
320
N/A
Book picture is for illustrative purposes only, actual binding, cover or edition may vary.
This is a used book - there is no escaping the fact it has been read by someone else and it will show signs of wear and previous use. Overall we expect it to be in very good condition, but if you are not entirely satisfied please get in touch with us
Trustpilot