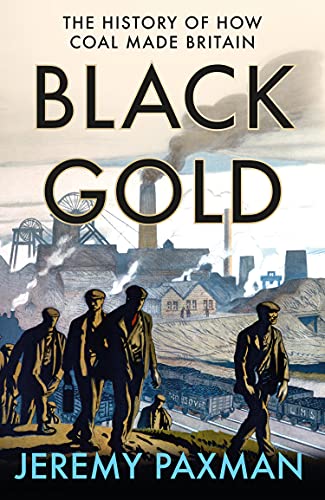 Hard Graft: How Coal Made Britain by Jeremy Paxman

Where would Britain be without coal? In brilliant social history, Jeremy Paxman tells the story of how the black stuff has shaped every aspect of Britain.

Coal has defined and driven Britain since the Romans. Its history is one of humans and humanity, of a primeval struggle that encompasses enterprise, politics, religion, ingenuity, excitement and toil.

Told through the stories of real people, Paxman's history travels to Wales and the North of England, where communities were built on mining; to the industrial revolution; to the families who profited on coal and remain the richest in the country; to the beginnings of time and coal's geological formation; to the great tragedies such as Aberfan; to the picket lines of the miners' strike; to the formation and fruition of the Labour party.

In the brilliantly intelligent and attentive style of his bestselling book The English, Paxman here offers a fascinating exploration of British identity, social class and history.
GOR011739229
9780008128340
0008128340
Hard Graft: How Coal Made Britain by Jeremy Paxman
Jeremy Paxman
Used - Like New
Hardback
HarperCollins Publishers
2020-10-07
320
N/A
Book picture is for illustrative purposes only, actual binding, cover or edition may vary.
The book has been read, but looks new. The book cover has no visible wear, and the dust jacket is included if applicable. No missing or damaged pages, no tears, possible very minimal creasing, no underlining or highlighting of text, and no writing in the margins
Trustpilot