A Prisoner of Birth Jeffrey Archer 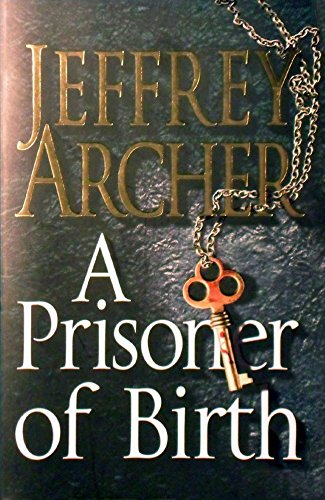 A Prisoner of Birth by Jeffrey Archer

A Prisoner of Birth by Jeffrey Archer

Danny Cartwright and Spencer Craig were born on different sides of the track. Danny, an East End Cockney, leaves Clement Attlee Comprehensive School at the age of 15 to take up a job at a local garage. He falls in love with Beth, the boss's daughter, and asks her to marry him. Spencer Craig resides in the West End. A graduate of an English public school and Cambridge University. After leaving university he becomes a criminal barrister and is soon tipped to be the youngest Queen's Counsel of his generation.

Danny and Beth travel up to the West End to celebrate their engagement. They end the evening in a wine bar where Spencer Craig is also celebrating - his 30th birthday, along with a select group of university chums.

Although the two young men don't meet, their lives will never be the same again.

For, an hour later, one of them is arrested for murder, while the other ends up as the Prosecution's chief witness in an Old Bailey trial.

Jeffrey Archer, whose novels and short stories include Kane and Abel, A Prisoner of Birth and Cat O' Nine Tales, has topped the bestseller lists around the world, with sales of over 275 million copies. He is the only author ever to have been a number one bestseller in fiction (nineteen times), short stories (four times) and non-fiction (The Prison Diaries). The author is married to Dame Mary Archer, and they have two sons, two grandsons and a granddaughter.
GOR000993175
9780230707009
0230707009
A Prisoner of Birth by Jeffrey Archer
Jeffrey Archer
Used - Very Good
Paperback
Pan Macmillan
2008-06-06
544
N/A
Book picture is for illustrative purposes only, actual binding, cover or edition may vary.
This is a used book - there is no escaping the fact it has been read by someone else and it will show signs of wear and previous use. Overall we expect it to be in very good condition, but if you are not entirely satisfied please get in touch with us
Trustpilot