A Season in the Red Jamie Jackson 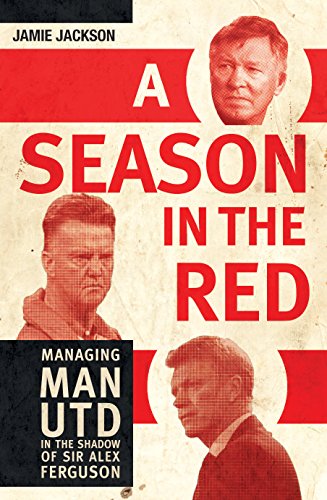 A Season in the Red by Jamie Jackson

A dramatic behind-the-scenes look at what it is like to manage Manchester United, one of the biggest football clubs and international brands in the world.

A Season in the Red: Managing Man UTD in the shadow of Sir Alex Ferguson by Jamie Jackson

What does it feel like to follow in the footsteps of Britain's most successful manager? To have your every decision, move and word scrutinised worldwide? How do you capture the heart and soul of Manchester United?

With unrivalled access to Old Trafford, Jamie Jackson charts the disastrous ten-month reign of David 'The Chosen One' Moyes and the club's first season with the Iron Tulip, Louis Van Gaal: authoritarian, joker and self-proclaimed genius. Featuring revealing interviews and analysis of the key players and events - from the Glazers and their frontman Ed Woodward's vision, the captaincy of club stalwart Wayne Rooney, through to the testing times experienced by new arrivals Radamel Falcao and Luke Shaw - Jackson reveals why Moyes was always doomed to fail and how Van Gaal has reinvigorated United's chances of winning silverware again.

From boot room to boardroom, pitch side to press room, A Season in the Red is the insider's story of life in the Red seat at the biggest club in the world.

'Goes behind the scenes at Old Trafford during the 2014-2015 season to reveal what really went on during a year of sometimes traumatic change for the biggest club in the world.'

JAMIE JACKSON is the Guardian and Observer's Manchester football correspondent, and has been reporting for the papers since 2002. Jamie has a BA in Film and Theatre and an MA in Journalism, he lives in Manchester.

GOR006860609
9781781315125
1781315124
A Season in the Red: Managing Man UTD in the shadow of Sir Alex Ferguson by Jamie Jackson
Jamie Jackson
Used - Very Good
Hardback
Aurum Press
2015-08-20
304
N/A
Book picture is for illustrative purposes only, actual binding, cover or edition may vary.
This is a used book - there is no escaping the fact it has been read by someone else and it will show signs of wear and previous use. Overall we expect it to be in very good condition, but if you are not entirely satisfied please get in touch with us
Trustpilot