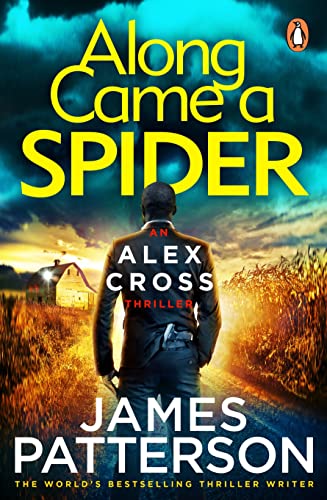 Along Came a Spider by James Patterson

Two children have been kidnapped from an elite Washington D.C.

Along Came a Spider: (Alex Cross 1) by James Patterson

Two children have been kidnapped from an elite Washington D.C. private school. Detective Alex Cross must find them.

The kidnapper's identity is quickly determined: Gary Soneji, a maths teacher at the school. But identifying him and capturing him are two very different things, and as Cross's pursuit of the sinister kidnapper escalates, it becomes increasingly clear that Soneji is no get-rich-quick opportunist.

He's something far more dangerous, and the missing children are pawns in Soneji's deadly game. Cross soon realises that the crime goes far deeper than just two children - and begins to uncover connections to the most notorious unsolved kidnapping in history...

JAMES PATTERSON is one of the best-known and biggest-selling writers of all time. His books have sold in excess of 385 million copies worldwide. He is the author of some of the most popular series of the past two decades - the Alex Cross, Women's Murder Club, Detective Michael Bennett and Private novels - and he has written many other number one bestsellers including romance novels and stand-alone thrillers.

James is passionate about encouraging children to read. Inspired by his own son who was a reluctant reader, he also writes a range of books for young readers including the Middle School, I Funny, Treasure Hunters, Dog Diaries and Max Einstein series. James has donated millions in grants to independent bookshops and has been the most borrowed author of adult fiction in UK libraries for the past eleven years in a row. He lives in Florida with his wife and son.

GOR008283699
9781784757403
1784757403
Along Came a Spider: (Alex Cross 1) by James Patterson
James Patterson
Alex Cross
Used - Very Good
Paperback
Cornerstone
2017-04-06
496
N/A
Book picture is for illustrative purposes only, actual binding, cover or edition may vary.
This is a used book - there is no escaping the fact it has been read by someone else and it will show signs of wear and previous use. Overall we expect it to be in very good condition, but if you are not entirely satisfied please get in touch with us
Trustpilot