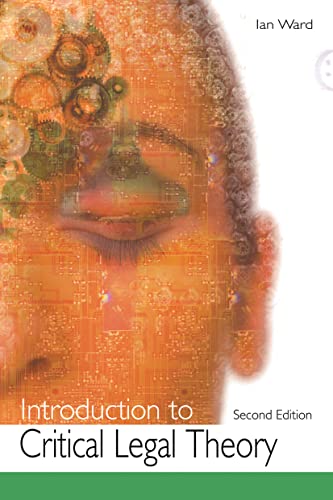 Provides an introduction to the study of law and legal theory. This book covers the seminal movements in legal thought, with the ideas of jurists as Aristotle, Hobbes and Kant, Marx, Foucault, and Dworkin. It also introduces the reader to the philosophy, the economics and the politics of law. It is meant for both students and teachers.

Introduction to Critical Legal Theory provides an accessible introduction to the study of law and legal theory. It covers all the seminal movements in classical, modern and postmodern legal thought, engaging the reader with the ideas of jurists as diverse as Aristotle, Hobbes and Kant, Marx, Foucault and Dworkin. At the same time, it impresses the interdisciplinary nature of critical legal thought, introducing the reader to the philosophy, the economics and the politics of law.

This new edition focuses even more intently upon the narrative aspect of critical legal thinking and the re-emergence of a distinctive legal humanism, as well as the various related challenges posed by our 'new' world order.

Introduction to Critical Theory is a comprehensive text for both students and teachers of legal theory, jurisprudence and related subjects.

This is very readable and avoids the jargon which litters CLS writing. It thus makes the topic very accessible. The issues are well developed and practical. It engages with the work of other authors students will have studied. JS Bell, University of Leeds. Ian Ward's Introduction to Critical Legal Theory provides an introductory explanation, which is at the same time chronological and thematic, of the development of critical thinking in law, with each step shown to be a critical response to the previous one. The central concern is with the efforts made to build on and then move beyond 'modernity' in legal thought: the basis in rationality and the pursuit of truth and justice. The book moves in seven chapters from 'Identifying Modernism', with an exploration of classical Greek thought about truth and the law and an overview of subsequent natural law theories, through Kantian and neo-Kantian critique of modernity, to theories of communitarianism (eg Unger, Nussbaum, Arendt and Habermas) and positivism (eg Hobbes, Locke, Hume, Bentham and Mill to Twining and Tamanaha), economic theories and law (eg from Locke and Smith to Marx, Hayek and Posner) to Foucault and the Critical Legal Studies movement and finally, in Chapter 7, 'Postmodernism and Deconstruction.'The whole book is presented clearly and readably with a self-conscious effort made to engage the student reader. Part of this strategy involves the entertaining technique of introducing many of the legal thinkers by way of their idiosyncrasies. We learn, for example, of the classical Greeks' interest in sex and feasting, Hobbes's belief in the benefits of sweating, Bentham's dislike of lawyers but belief in the merits of gardening and Marx's 'bottomless anger,' but penchant for 'ritualistic picnics' on Hampstead Heath. These delightful insights help draw the reader along Ward's fascinating path through centuries of critical legal thinking. Where the study really takes off, though, is in Chapter 7. Here there is an unmistakable sense of Professor Ward's own enthusiasm for his particular interests. The discussion of Nietzsche, Camus, law and literature (especially Weisberg) and the turn to deconstructionism (from Lyotard to Derrida and Douzinas) is undertaken with verve and insightful clarity. The chapter - and the book - end with a somewhat (by contrast) lacklustre commentary on what are important issues, namely Rorty's pragmatism and the Fish-Fiss dialogue, a discussion of which more could have been made and which seems almost anticlimactic, despite its significance. Finally, Introduction to Critical Legal Theory, like A Critical Introduction to Law, eschews footnotes but provides a substantial bibliography for further reading. Both are worthy additions to the Cavendish stable and are highly recommended. Cambrian Law Review, 2005. Dr Stephen Skinner. Lecturer in Law, Department of Law, University of Wales, Aberystwyth.
Ian Ward is Professor of Law at the University of Newcastle upon Tyne.
Identifying Modernism. The Critique of Modernity. The Politics of Community. The Politics of Positivism. Law and the Political Economy. Politics, Power and Pragmatism. Postmodernism and Deconstruction
GOR001457148
9781859419281
1859419283
Introduction to Critical Legal Theory by Ian Ward (Newcastle Law School, UK)
Ian Ward (Newcastle Law School, UK)
Used - Good
Paperback
Taylor & Francis Ltd
2004-07-23
224
N/A
Book picture is for illustrative purposes only, actual binding, cover or edition may vary.
This is a used book - there is no escaping the fact it has been read by someone else and it will show signs of wear and previous use. Overall we expect it to be in good condition, but if you are not entirely satisfied please get in touch with us
Trustpilot