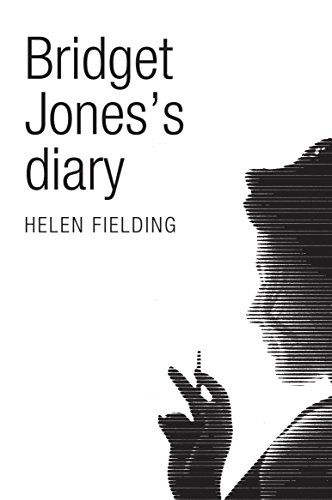 Bridget Jones's Diary was first published in 1996 and applauded by critics from Salman Rushdie to Jilly Cooper. A number one best-seller, Helen Fielding's book has sold over fifteen million copies worldwide and has been turned into an Academy Award-nominated film starring Renee Zellweger, Colin Firth and Hugh Grant. Bridget Jones's Diary is followed by Bridget Jones: The Edge of Reason and Bridget Jones: Mad About the Boy.

Bridget Jones is everyone's favourite spinster. In Bridget Jones's Diary she documents her struggles through the social minefield of her 30s and tries to weigh up the eternal question: Daniel Cleaver of Mark Darcy? She is supported through the whole process by four indispensable friends, Shazzer, Jude, Tom and a bottle of chardonnay.

An ironic, tragic insight into the demise of the nuclear family?

Or the confused ramblings of a pissed thirty-something?

In 2012 Picador celebrated its 40th anniversary. During that time we have published many prize-winning and bestselling authors including Bret Easton Ellis and Cormac McCarthy, Alice Sebold and Helen Fielding, Graham Swift and Alan Hollinghurst. Years later, Picador continue to bring readers the very best contemporary fiction, non-fiction and poetry from across the globe.

'I cannot recommend a book more joyfully ... Hilariously funny, miraculously observed, endlessly touching' Jilly Cooper, Daily Telegraph 'The best, the original, the seminal' Mail on Sunday 'Helen Fielding is one of the funniest writers in Britain and Bridget Jones is a creation of comic genius' Nick Hornby 'Bridget Jones's Diary rings with the unmistakable tone of something that is true to the marrow. It defines what it describes' Nicola Shulman, Times Literary Supplement 'A brilliant comic creation. Even men will laugh' Salman Rushdie 'Effortlessly addictive ... [Bridget Jones's] hilarious diary presents a perfect zeitgeist of single female woes' Sunday Express 'Wild comedy ... observed with merciless, flamboyant wit. A gloriously funny book' Sunday Times 'A brilliant evocation of life as a single girl in a certain time ... reads like Anita Loos out of Jane Austen, and any woman who has ever had a job, a relationship or indeed a mother will read it and roar' The Times
Helen Fielding was born in Yorkshire. She worked for many years in London as a newspaper and TV journalist, travelling as wildly and as often as possible to Africa, India and Central America. She is the author of Cause Celeb (1994), Bridget Jones's Diary (1996), Bridget Jones: The Edge of Reason (2000), Olivia Joules and the Overactive Imagination (2003), and Bridget Jones: Mad About the Boy (2013). She co-wrote the screenplays for the movies of Bridget Jones's Diary and The Edge of Reason, starring Renee Zellweger, Colin Firth and Hugh Grant. She now works full-time as a novelist and screenwriter and lives in London and Los Angeles.
GOR003779249
9781447202837
144720283X
Bridget Jones's Diary (Picador 40th Anniversary Edition) by Helen Fielding
Helen Fielding
Used - Very Good
Paperback
Pan Macmillan
2012-02-02
336
N/A
Book picture is for illustrative purposes only, actual binding, cover or edition may vary.
This is a used book - there is no escaping the fact it has been read by someone else and it will show signs of wear and previous use. Overall we expect it to be in very good condition, but if you are not entirely satisfied please get in touch with us
Trustpilot